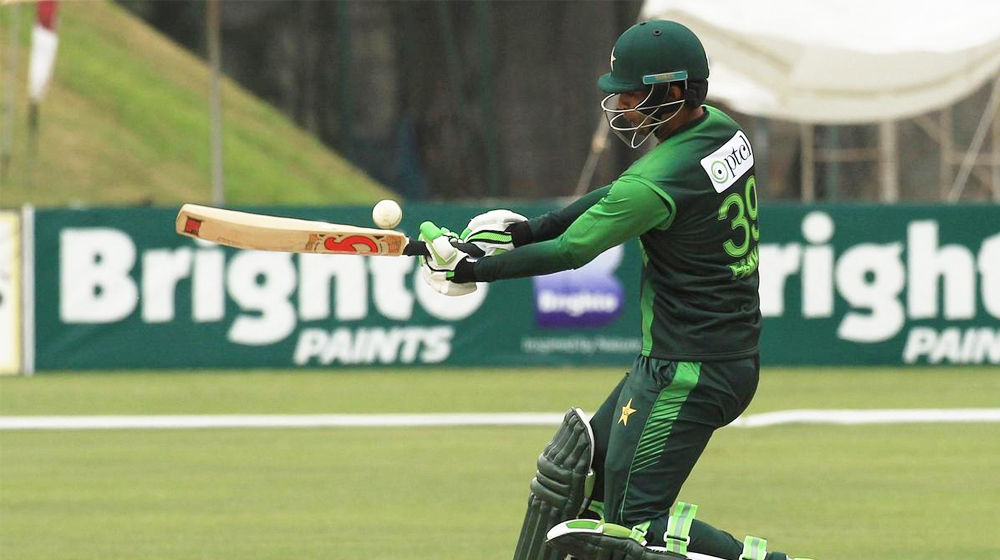 The final of the tri-series between Pakistan and Australia yet again proved to be a close tie after Aussies won the toss and elected to bat first.

D’Arcy Short and Aaron Finch continued their successful partnership and laid a solid foundation for the Aussies after scoring 76 and 47 respectively. However, Pakistan recovered from the early blow and took rapid wickets following the dismissal of the openers.

Mohammad Amir stepped up for the Greens and took 3 wickets in his 4 overs whereas Shadab Khan took 2. The pacers — Shaheen Afridi, Hasan Ali and Faheem Ashraf — all contributed by dismissing one batsman each.

Despite the rapid fall of wickets, Australia managed to put up a huge total of 183 for 8 after 20 overs.

Pakistan started the innings rather poorly as Sahibzada Farhan, making his full T20I debut, was stumped off Maxwell without scoring a run. Hussain Talat followed the same fate and returned to the pavilion without scoring after three deliveries.

Pakistan had lost 2 early wickets in the first over and were 2-2 following the completion of it.

The Greens were demonstrating a customary meltdown under pressure until Fakhar Zaman stepped up alongside the captain Sarfraz. Both players whacked the Australians all across the park.

Sarfraz, however, was run-out on 28 and managed 4 boundaries and 1 maximum. The dismissals did not bother Fakhar much as he kept his nerves and continued playing his natural game.

Shoaib Malik came in next and joined Fakhar in the middle. Both batsmen looked confident and crossed the 100 partnership to give Pakistan a glimpse of victory.

The match, however, did not end there as Fakhar departed after making 91 runs and Pakistan were left requiring 30 runs from 21 deliveries at that stage.

The pressure started building up but power hitting from Asif Ali and Malik came in handy and saw Pakistan over the victory line.

It is worth adding that this is Pakistan’s 9th successive T20I series win, most by any other in the history of the format.