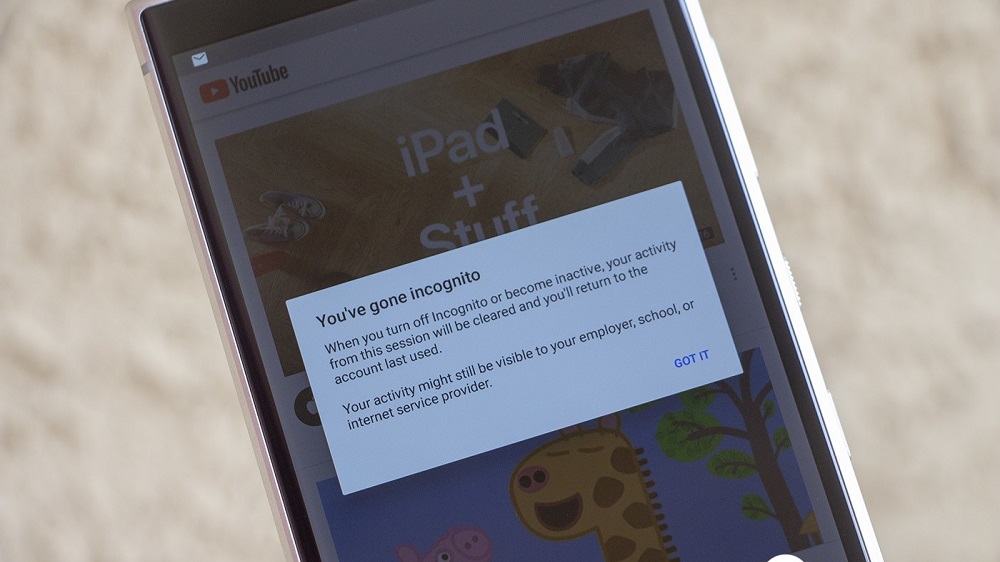 You can now watch shady or gory videos as much as you want.

YouTube has been adding experience enhancing features such as the much-awaited night mode, and now it follows it up with another big addition.

The app is getting an “Incognito” mode, which works similar to Chrome’s Incognito mode, shutting down watch and search history as long as it’s enabled.

How to Enable Incognito Mode

The feature can be found by accessing your account settings by tapping the account button at the top-right corner of the app. Alongside your account/channel details, YouTube TV, and paid memberships, you now get the option to “Turn on Incognito”.

A dialogue box reminds you that you’re not completely invisible to the internet and that your web browsing data will still be available to your internet service provider or organization, and you’re good to go. The feature can be turned off through the same pane.

Once you’re in, you won’t be able to do a bunch of things you’re normally able to do, such as saving videos to a playlist. Your subscription, inbox, and library won’t be visible, and the only sections of the app you can visit are the Home and Trending sections.

It’s clear that this particular mode is not meant to be used for long periods of time.

Only on Android (For Now)

The feature is currently only available on Android, and it is not clear whether it’ll hit iOS, though, there isn’t a reason why it shouldn’t. The web could be another target, though, Chrome’s own Incognito mode more than suffices.

No word on whether your data will still be collected for advertising purposes.