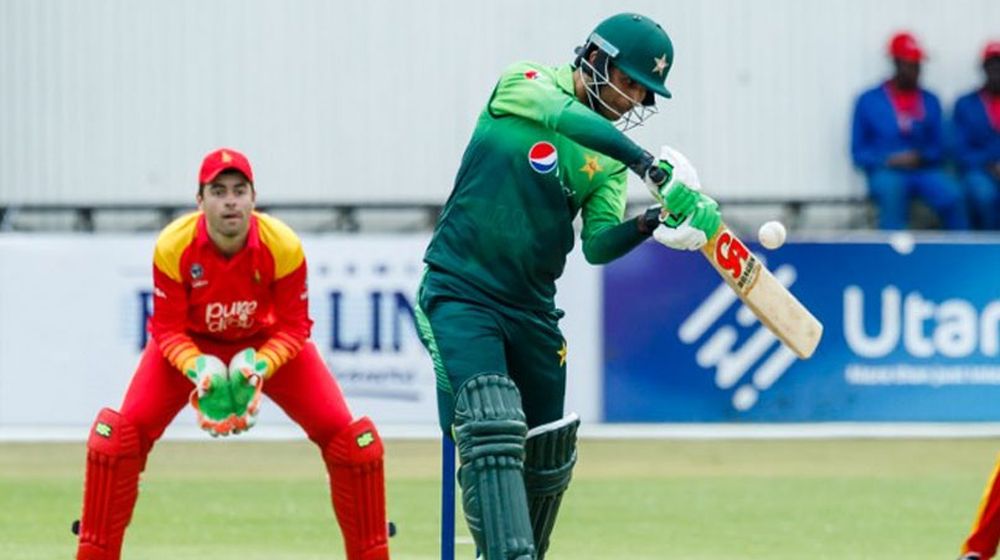 Pakistan outplayed Zimbabwe in every department, galloping to a thumping win over the hosts in the second ODI of the 5-match series. They now have a 2-0 lead.

Fakhar Zaman has been in the form of his life and it was evident from his blistering strokeplay as he scored his second international ODI century.

Here’s everything you need to know about what happened in the second match.

Toss: Zimbabwe won the toss and opted to bat first

Result: Pakistan won by 9 wickets with 84 balls to spare

Zimbabwe were yet again denied a good start as Usman Shinwari took 2 wickets in quick succession to leave the hosts reeling. Captain, Hamilton Masakadza and Tarisai Musakanda stabilized the innings to some extent until Hassan Ali struck. He sent Musakanda back to pavilion at 80-3.

Zimbabwe staged a fightback with half-centuries from the Captain and Peter Moor. It looked like the Zimbabwe team were on to a decent total. Until Hasan Ali and Usman Shinwari ripped apart the lower order to bowl out the hosts for 194, sharing 7 wickets between them. 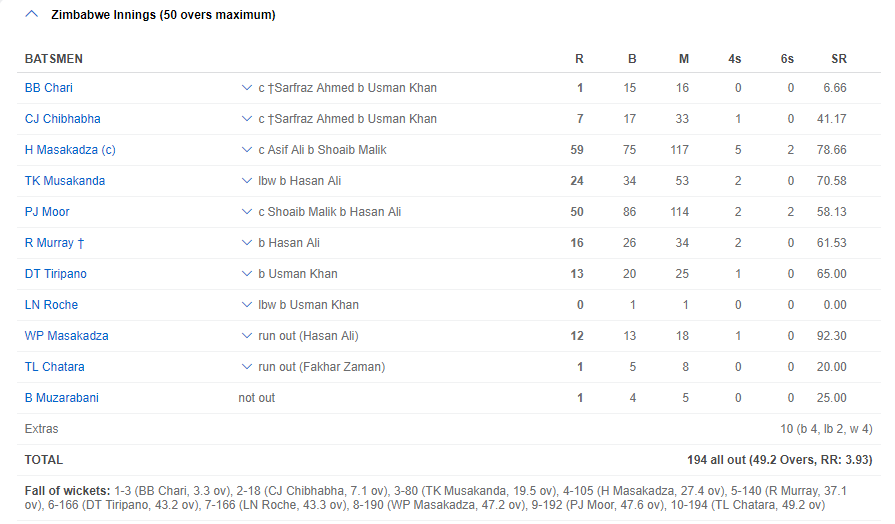 Chasing a meager total of 195, Pakistani openers Imam-ul-Haq and Fakhar Zaman raced towards victory, putting 119 runs on the board for the first wicket as Imam was adjudged run out in the 21st over.

Fakhar Zaman continued to play his strokes as Babar Azam joined him, scoring an unbeaten hundred (117*) to romp past the target with ease. 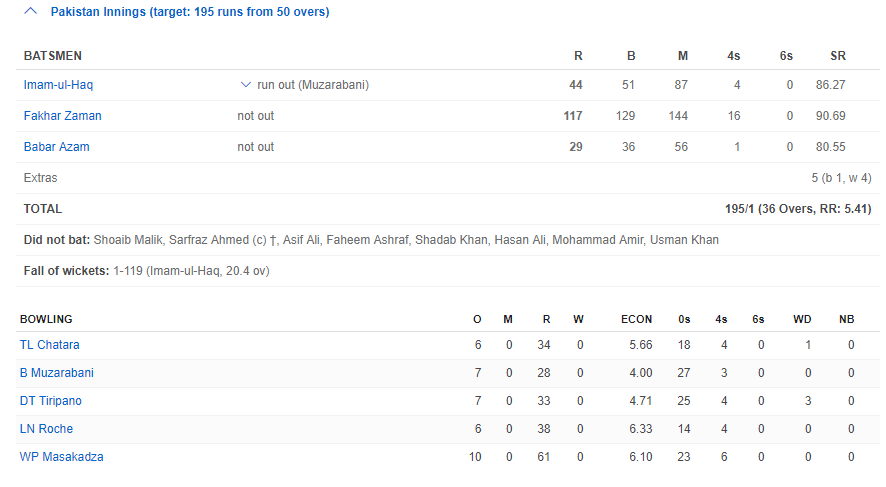 After 32 ODIs, Hasan Ali has 66 wickets which is most by any fast bowler at this stage of career. Mitchell McClenaghan and Shane Bond had 64 wickets after 32. #ZimvPak

Amir has taken only 3 wickets at an average of 66.33 in six ODIs since the Champions Trophy heroics at the Oval. #ZimvPak