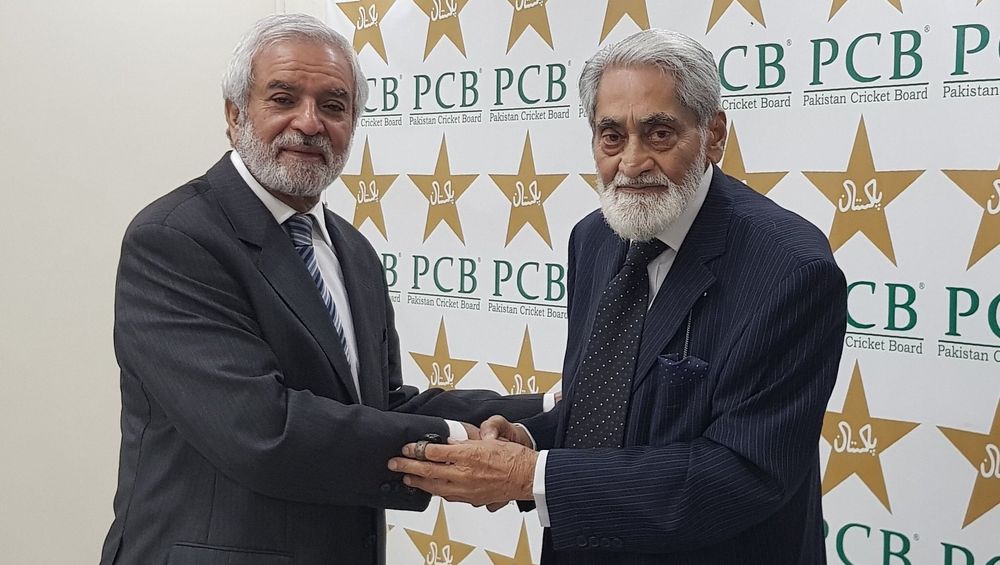 The selection of Mani went unopposed during a special meeting of the Boards of Governors which was held at Gadaffi Stadium in Lahore on 4th September.

Mani was nominated by recently elected Prime Minister, Imran Khan, as a member of PCB’s governing board.

The meeting, chaired by Election Commissioner for PCB Justice (R) Syed Afzal Haider, decided that Mani will serve as the chairman of PCB for the next 3 years.

Ehsan Mani is replacing Najam Sethi, who resigned from the post on 20th August. He resigned 4 years after he took an authoritative position in the board. There is no denying that Najam’s rein has brought great success for Pakistan’s cricket.

Born in Rawalpindi and a Chartered Accountant by profession, Ehsan Mani has remained an integral part of Pakistan’s cricket on the international stage who has also served as the president of ICC in June 2003.

Mani represented Pakistan at the ICC from 1989 to 1996. Following that, in 1996, he was elected by all countries to the position of Chairman of ICC Finance and Marketing Committee.

He has also served on a number of ICC committees which include Chairman’s Advisory Committee. He also advised Lord Cowdrey and Sir Clyde Walcott during their tenures.

Furthermore, Mani has also worked on the Rules Review Committee and Governance and Organization Committee.

To highlight his managerial skills, Mani has already represented the organizing committee of the 1996 World Cup in Pakistan, India and Sri Lanka. In 1999, he was a member of the ICC Cricket World Cup Advisory Committee in England.

A long-time UK resident, Mani is also on the Board of a number of UK companies, which include banking and real estate. His financial expertise was used by the ICC when he played a major role in the sale of ICC media rights in 2000. These negotiations achieved a guaranteed income of $550 million for international cricket council for the next seven years (up to the ICC World Cup 2007).

He played cricket for Rawalpindi Club from 1959 to 1965 before leaving for England to further his studies. Mani was a left-arm fast medium bowler and a right-handed batsman and has played alongside a number of players who went on to earn international honors.