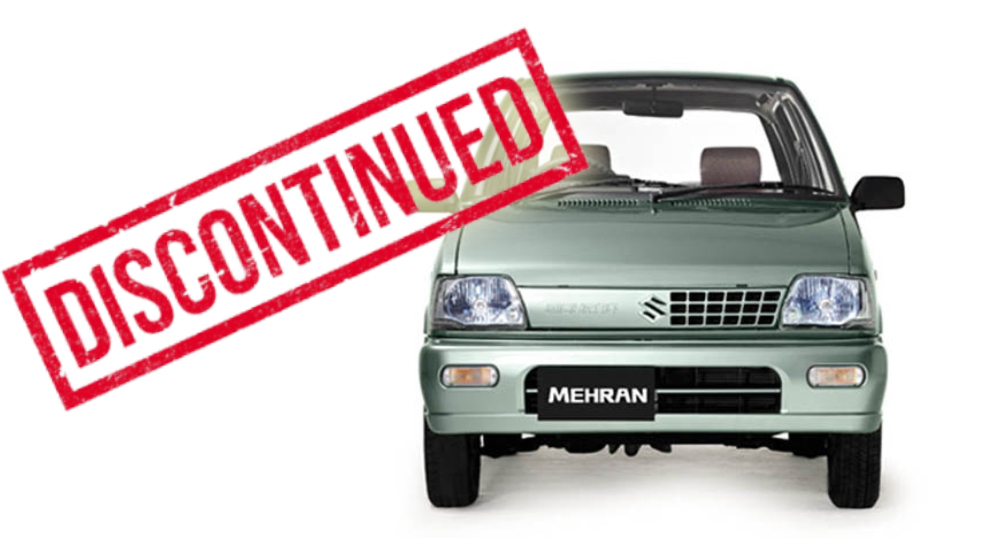 Pak Suzuki is set to officially discontinue producing Mehran for good in Pakistan, and might finally bring some significant changes to its lineup in the not-so-distant future.

The company had already issued notices to its vendors and dealerships to notify its decision to end production for the Suzuki Mehran VX variant by November 2018. Back then, it was unclear whether Pak Suzuki planned on pulling the plug on Mehran entirely, including its relatively higher-end VXR variant.

Today, we can confirm that both variants, VX and VXR, are getting officially discontinued, according to Pak Suzuki’s latest notification issued to dealerships throughout the country. Unlike the VX variant, the Mehran VXR will continue to be produced till the end of March 2019, and will completely discontinue by April next year.

The circular, which lists the company’s production plan for the following year, as well as some other tidbits for its vendors, is shown below: 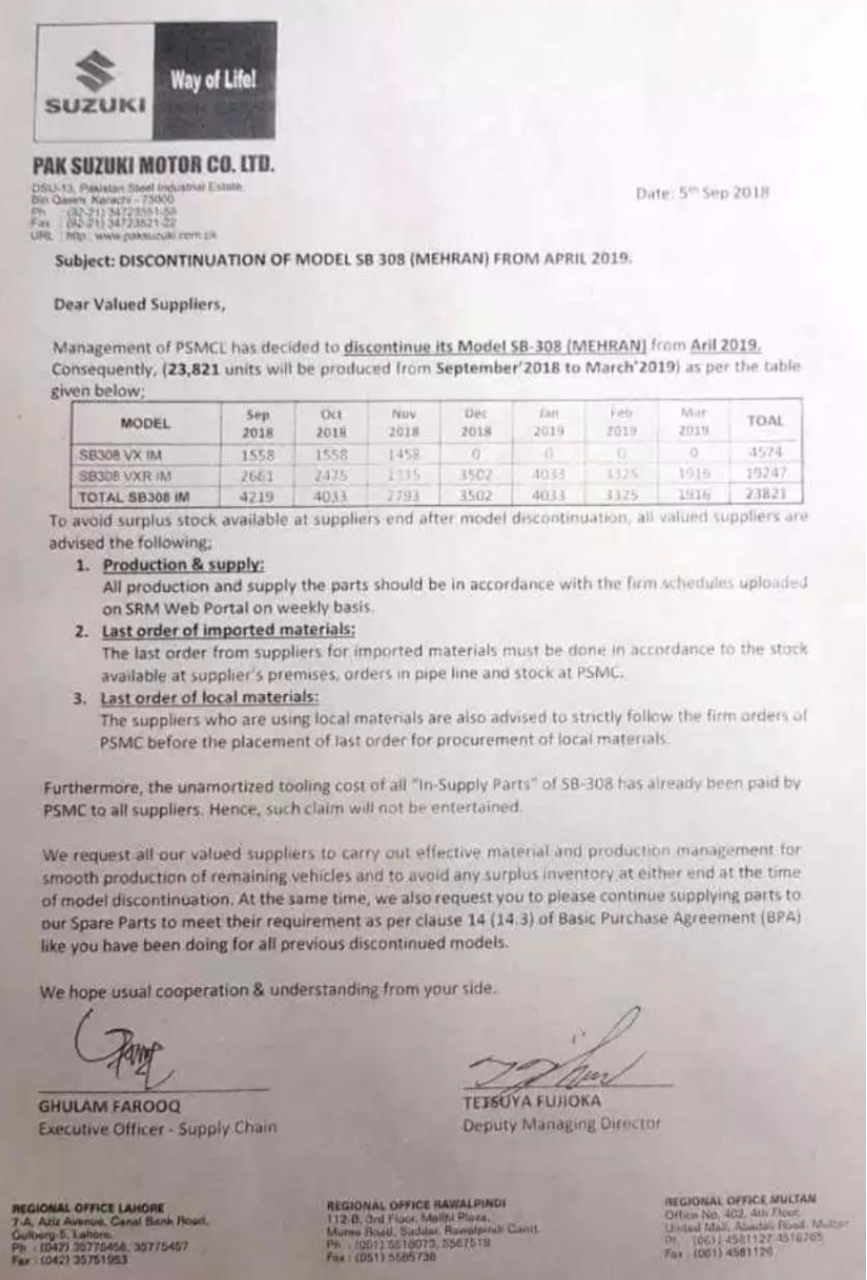 The automaker will produce 23,821 units of Mehran (VX and VXR) between September 2018 and April 2019, however, these will be the last units of Mehran ever produced. Suzuki has directed all dealers to only prepare parts for the vehicle accordingly in order to avoid a surplus.

Suzuki Mehran has reigned in the country’s auto market for over 30 years and has been among the best sellers throughout that time. As the company is set to face severe competitive pressure in the near future, it might have to bring some reasonable change to stay relevant in the coming years.

Anyway, what do you think about the discontinuation of the notorious Suzuki Mehran? Feel free to leave your thoughts below!