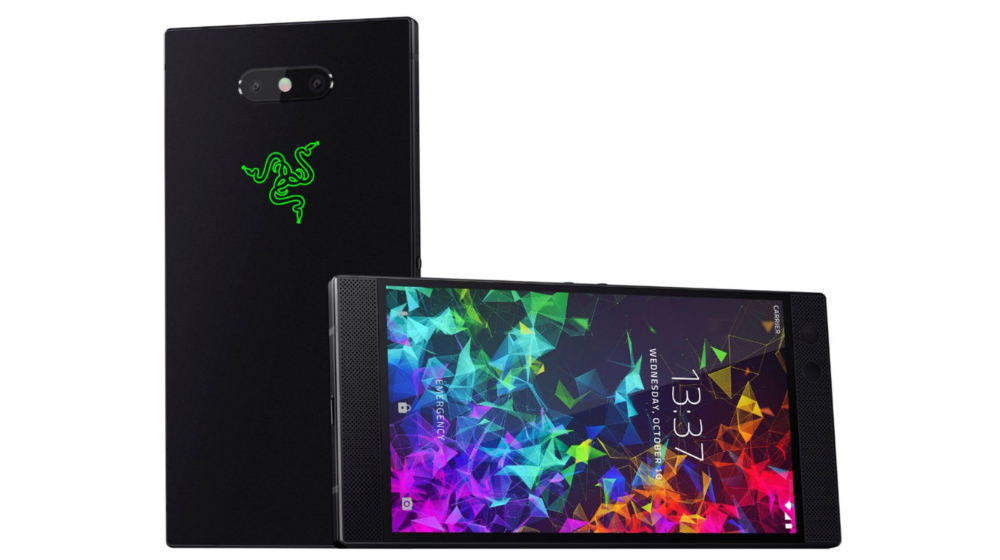 Looks just like its predecessor with no major changes in design.

Razer Phone 2 has appeared in leaked footage which confirms that its design will be largely unchanged from its predecessor.

The company is well-known for its high-end gaming peripherals, and it entered the smartphone market by launching its first gaming smartphone back in 2017. Now, Razer is set to launch its next flagship soon – the Razer Phone 2 – which has already been leaked in some pictures online and other rumors.

Evan Blass – a noted smartphone journalist – just posted leaked images of the Razer Phone 2. As seen in the picture, there are no major changes in its design, with a similar dark color theme, a squarish body, and the front bezel size.

Take a look below:

An earlier leak also hinted that Razer won’t be changing much this time. However, these new images confirm the past rumor.

One noticeable change is the rear camera arrangement. The camera array has been moved to the middle, with the LED flash between the cameras. It’s not confirmed whether the green Razer logo on the rear is illuminated, an RGB color feature is likely, as it’s commonly added in its gaming products.

As for the display, the previous Razer Phone had a screen with a 120 Hz refresh rate, smoothest ever on a smartphone ever. We are expecting similar technology to come with the upcoming flagship.

Other than that, a Snapdragon 845, and at least 8 GB RAM is likely to come with the Razer Phone 2. Other details are scarce at the moment.

Xiaomi launched its Black Shark phone with its own CPU cooling features, as well as an overclocked SoC. Razer might do something similar to compete with its rivals, however, we can’t say much as of yet. Watch this space to get updates on Razer products.