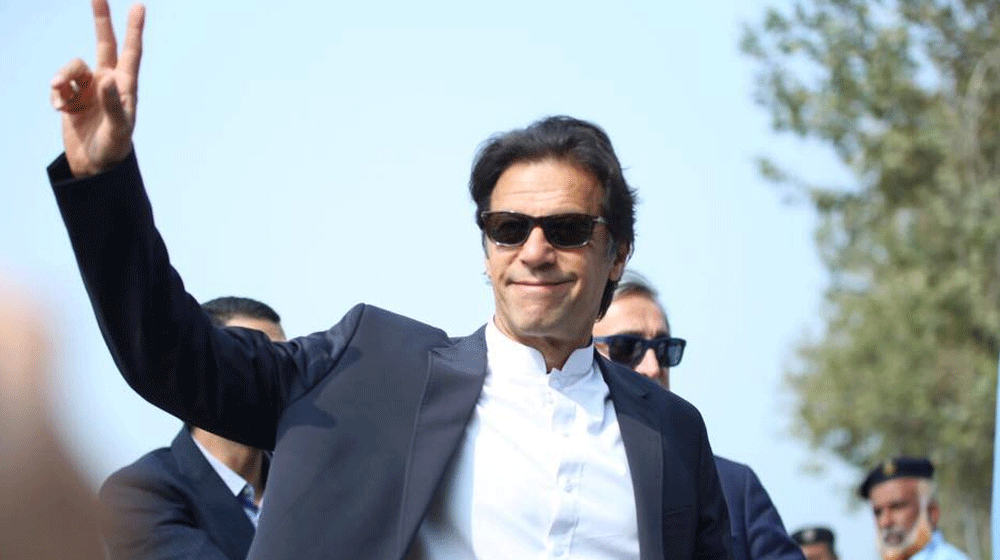 The hero of Melbourne in 1992 World Cup and the Prime Minister of Pakistan, Imran Khan, turns 66 today and the Twitterati have shown their love for the country’s most popular person.

Born in 1952, Khan is arguably the most prolific human being of the country. From playing for Pakistan to winning the World Cup to building a charity cancer hospital to becoming the Prime Minister of Pakistan, he has achieved everything he longed for.

The height of PM Khan’s popularity can be measured by the fact that #HappyBirthdayPMIK is trending second on Twitter with nearly 16,000 people greeting him with this tag on his 66th birthday.

While some Khan lovers termed him the only hope for the deprived people of Pakistan, others considered this to be the biggest birthday of the years.

A very #Happybirthday to our PM @ImranKhanPTI.We're blessed to have such a brave,honest& sincere leader who can lead our country towards prosperity.💫#HappyBirthdayPMIK🎂 https://t.co/K319UnFg6Q

#HappyBirthdayPMIK Happy Birthday my leader and the only hope for Pakistan @ImranKhanPTI pic.twitter.com/cKngiVo5GR

Biggest birthday of the year

The leader of the Muslim Ummah!

Total of 88 Tests.
3807 runs and 362 wickets.
175 ODIs
3709 runs and 182 wickets.
Third leading wicket-taker for Pakistan in Tests.
A match-winning all rounder.
A @cricketworldcup winning captain.
And our Prime Minister
Happy Birthday @ImranKhanPTI! pic.twitter.com/q48zJQhZtL