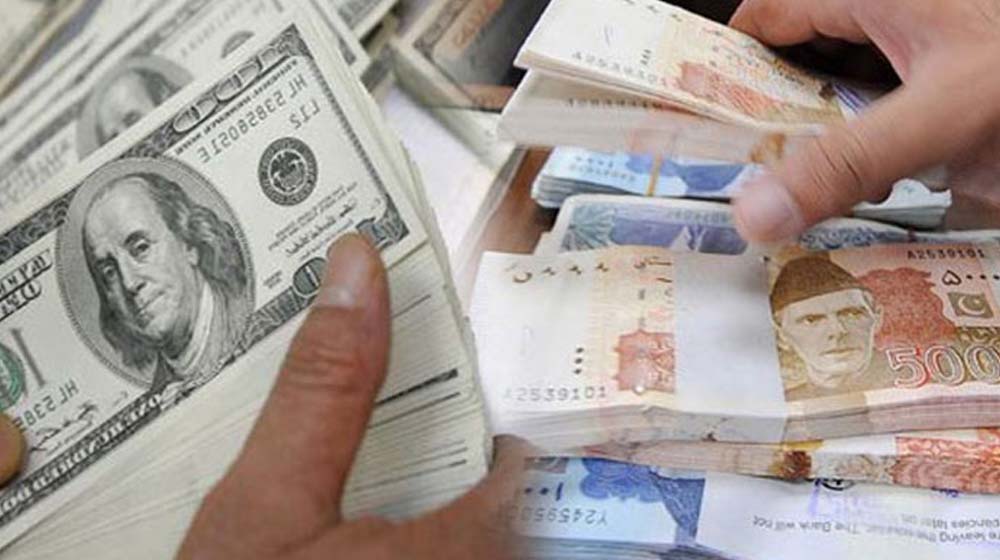 Despite the rupee saw its largest single-day drop against the dollar on Tuesday, experts say the Pakistan Rupee (PKR) is still overvalued and it may further lose its value by 5 per cent before the government formally approaches the International Monetary Fund (IMF).

On Tuesday the rupee saw its largest single-day drop against the dollar in over a decade. In the interbank market, the rupee dropped by 7.5 per cent, or Rs9.37, to settle at Rs133.67.

The interbank market is where banks trade foreign currency with each other to meet the requirements of international trade and other bulk uses.

But despite the steep fall in PKR’s value, experts believe the rupee is still overvalued.

It is to be mentioned here that during the annual review of Pakistan economy last week, the International Monetary Fund asked Pakistan to depreciate the currency and set the exchange rate at Rs145 a dollar to fix the external account issues.  As Pakistan has formally announced to approach IMF for a bailout package to fix the external account imbalances, the central bank may allow the rupee further depreciate.

The Tuesday’s devaluation of PKR was the fifth time since December 2017, as the country faces mounting pressure over external payments amid diminishing foreign-exchange reserves.

Analysts say that the rupee will remain under pressure this week and may undergo the sixth round of devaluation as a prerequisite for IMF assistance.

An analyst and executive director of research at Insight Securities Zeesha Afzal said the rupee was devalued and it was not a coincidence that it came when Pakistan formally announced to go for IMF bailout.

A research report of Topline Securities said the IMF program will come with specific external, fiscal and monetary measures that are likely to slow gross domestic product growth to about 4 to 4.5 per cent.

The Pakistan stock market reacted strongly to the government’s decision to opt for an IMF programme for stabilisation and economic recovery, with the benchmark KSE 100 index recovering 606 points on Tuesday. The market closed nearly 300 points up on Wednesday as the investors’ concerns over the falling foreign exchange reserves were put to rest by the government’s announcement to approach IFM for a bailout to shore up the falling reserves.

This is the fifth round of rupee devaluations since December last year. The government has devalued the currency from PKR 105 against the dollar on December 8, 2017, to PKR 135 on October 09, 2018, making it 27 per cent weaker.

“We expect that the currency will further depreciate by up to 5 per cent before the country goes to the IMF programme,” Afzal said.

Another analyst with Alfalah Securities Fahad Irfan sounded the same feeling saying the rupee will depreciate further to PKR 140 against the dollar.