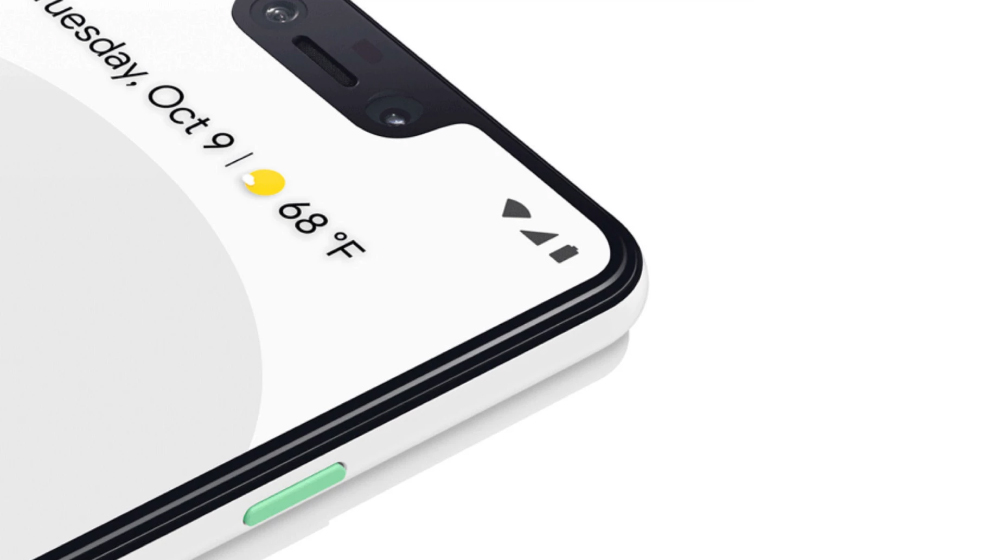 The photography experts from Google are finally here.

This year’s much-awaited flagship duo from Google – the Pixel 3 and Pixel 3 XL – is finally here, and it might be the best smartphone pair in the market right now.

Their specs are mostly the same as what was leaked earlier in rumors. Pixel 3 XL – the larger one in the duo, has a notched design, a bigger battery, and a taller display than the Pixel 3. Other than that, most of the internals are the same in both phones.

Without any further ado, let’s talk about the details.

The screen size on both Pixels is higher than the predecessors. However, both have some of the largest bezels in the market, considering today’s flagship design standards. Their designs, especially the Pixel 3 XL, have already taken a lot of criticism from the smartphone community.

Pixel 3 XL has a sizeable cutout (probably the deepest notch yet) on the front, housing two selfie cameras. It’s bigger than the one on the new iPhones and even larger than most Chinese notched phones launched recently.

The notch-less Pixel 3 has more screen real estate than before, thanks to the reduced bezel size. It also has two selfie cameras on the front, and somewhat resembles the previous Pixel 2.

Both phones have Corning Gorilla Glass 5 on the front and the back for protection, and they are IP68 certified for water and dust resistance. There’s no in-display fingerprint sensor, Google decided to stick to the classic rear-mounted sensor on both Pixels. 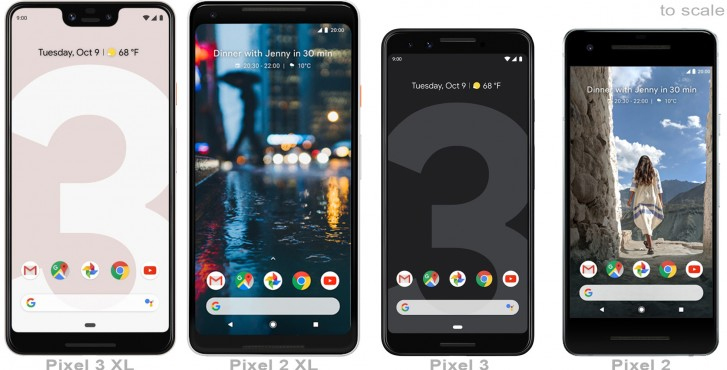 The viewing angles are better on the Pixel 3 XL compared to last year’s Pixel 2 XL. Hopefully, it won’t suffer from the same issues this time around.

Internal hardware and storage for both Pixels is the same. The phones are powered by a Snapdragon 845 chipset, which comes factory under-clocked to 2.5 GHz to save battery, paired with an Adreno 630 GPU. RAM has been kept at just 4 GB with no additional memory options available.

RAM and CPU clock speed is lower than other flagships, but then again, Pixel phones have lightweight software with no additional skin on top. They can perform ideally even with less resources. Still, the phones don’t come with any significant hardware improvements over their predecessors.

Storage comes in either 64 GB or 128 GB – with no external card option to expand it.

Now, this is where Pixel phones have always given their rivals a hard time – the cameras. Google is maintaining a single rear camera set up and is the only flagship company that hasn’t added more than one lens on the rear. On the front, however, there are two selfie cameras this time.

The single-camera on the rear shoots 12.2MP photos at a f/1.8 aperture size. You get all the top-notch features, including OIS, HDR+, and full AI support. The software will make sure that the photos you take are perfect; it’ll take several shots to ensure that the scene is in focus, everyone has their eyes open, and there are no blinks.

There’s no telephoto lens for lossless optical zoom. To make do, Google added a Super Res Zoom AI feature that enhances digital zoom instead, to look somewhat similar to optical zoom. Another feature that’s absent, is 4K 60 fps video recording, the single camera can only manage 30 fps at this resolution.

And to make up for the lack of a low-light camera, Google added another AI feature called Night Sight that helps the main camera capture details in a poorly lit scene.

The two cameras on the front both have an 8MP resolution. Unlike a typical set up where a depth sensor is used for background blur, this one has a secondary wide-angle camera instead, with 97° FOV. The main camera’s field of view is 75°.

The main camera has autofocus and an aperture of f/1.8. The wide-angle one, however, uses fixed focus instead at f/2.2 aperture.

Google markets the front wide-angle shots as “Super Selfies”, where you can fit more people in a selfie by zooming out. What’s interesting is that the front camera has digital image stabilization for good low-light shots and video recording.

For the software, Pixel phones will run the latest Android 9.0 Pie, out of the box, with no bloatware. It’ll be a completely stock Android experience, that has software features built by Google itself.

Another difference between the two Pixels is the battery size. Pixel 3 XL has a larger 3430 mAh battery, and on the other hand, Pixel 3 houses a smaller 2915 mAh unit. 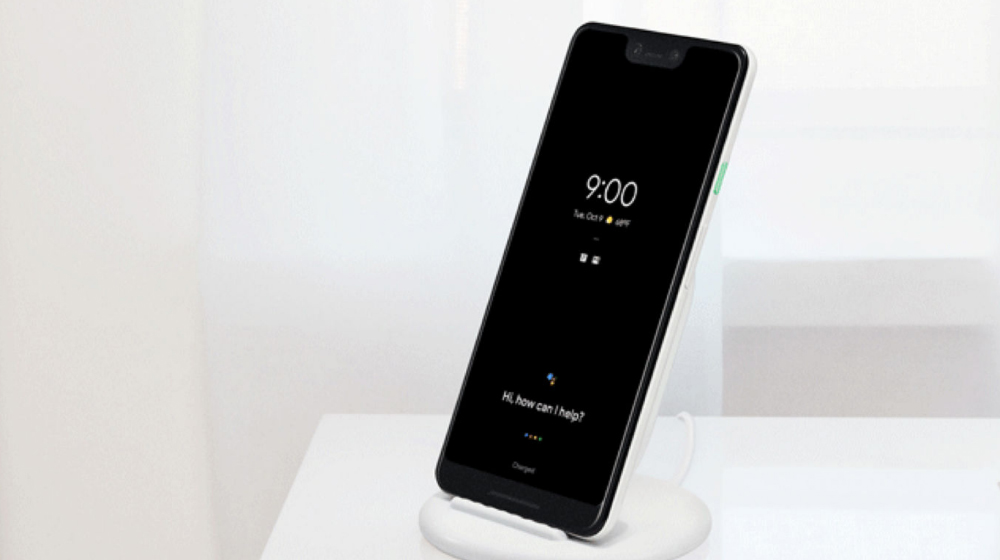 The new Pixels now come with wireless charging, a feature that wasn’t present in the predecessors. You can use Google’s own Pixel Stand to wirelessly charge both Pixels at 10W. While mounted on the Stand, the phone will work just like Google Home.

The wired charger in the box uses a Type-C connector and charges up the devices at 18W. The company didn’t mention what kind of fast charging tech is being used, it only said that the phones can be used for 7 hours after 15 minutes of charging. However, the time might vary between the two models, as they have different battery sizes.

The hilariously named color options are Clearly White, Just Black, and Not Pink.