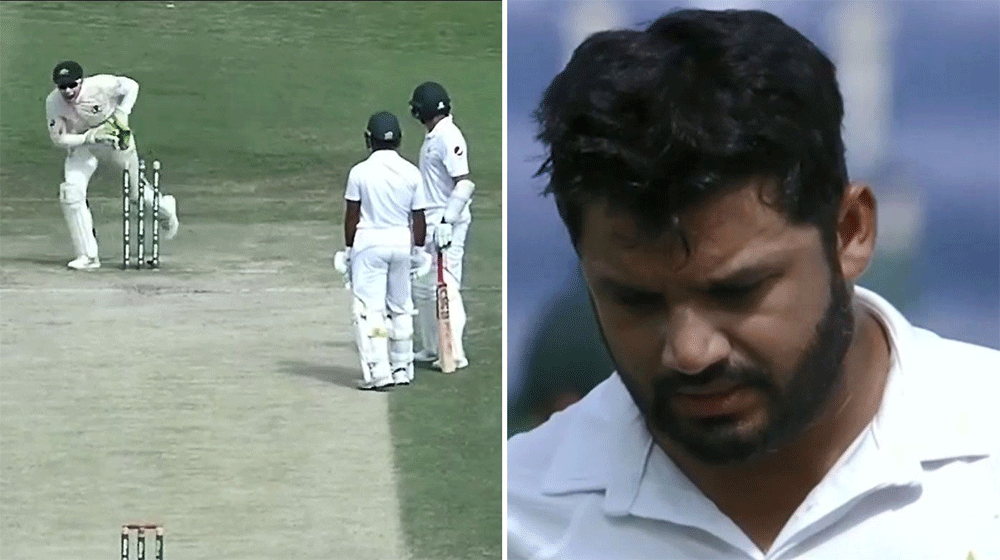 Have you seen Azhar Ali’s bizarre dismissal yesterday? The way he was out was undoubtedly one of the most humiliating yet funniest run out ever.

Have you ever seen anything like it? Azhar Ali was run out in the strangest of circumstances earlier today! 😲 #PAKvAUS pic.twitter.com/s2WbostY10

The former skipper is being thrashed on social media for his carelessness in the field. However, this was not the first time a batsman was dismissed in this fashion.

A similar incident has happened in the past; at that time England’s Ian Bell was at the receiving end.

The drama happened in July 2011. India was in England for a five-match Test series. This was the second Test of the series, and Bell had played one of his best innings for his side before being given out in most bizarre circumstances.

Pakistan-Australia Match Witnesses the Most Bizarre Run Out Ever

He played the last ball before Tea down to long leg and the fielder, Praveen Kumar, threw himself on the ball desperately to stop a boundary. The ball bounced off his leg, and he fell over the fence.

Bell, under the impression that the umpire has called ‘over’ started walking off the ground for tea. Praveen threw the ball; Dhoni collected and tossed it towards the short-leg fielder who dislodged the wicket.

The replay showed the ball had been stopped and Bell was given run out.

Ian Bell's run out against India in the 2nd Test in 2011, he was given out by the 3rd umpire but Dhoni calls him back withdrawing his appeal just because of spirit of the game. #AzharAli #PAKvAUS pic.twitter.com/P5JKtXDJYI

However, Dhoni displayed sportsmanship and withdrew the appeal and allowed Bell to continue batting post Tea.

However, in Azhar Ali’s case, Australian skipper Tim Paine deemed it as a golden opportunity to take a set batsman and turn the game in their favor.