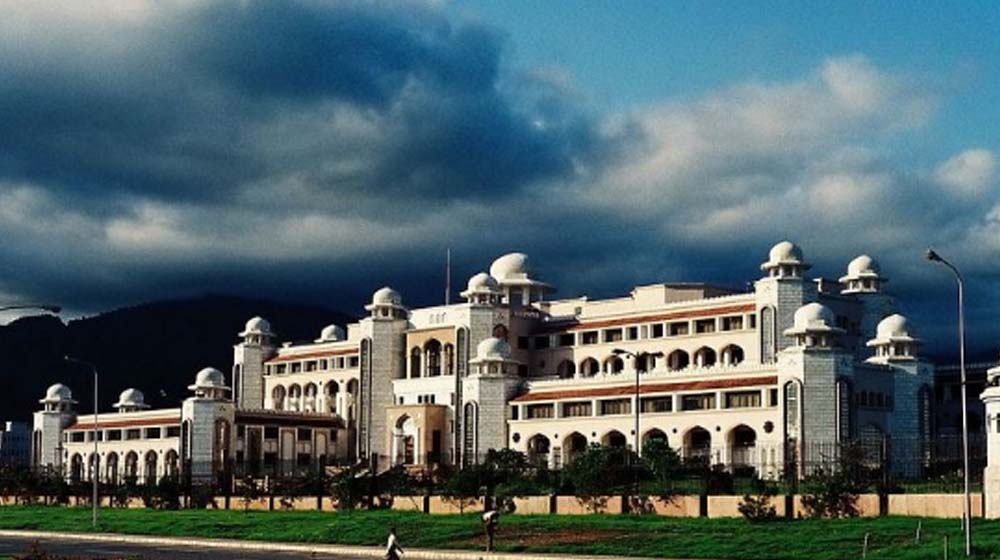 A high-level meeting on Wednesday approved setting up of an Institute of Advanced Studies (IAS) in the first phase of the Pakistan Tehreek-e-Insaf’s (PTI) led government’s plan to turn the Prime Minister’s House into a high quality university as part its election manifesto and austerity drive to contain wasteful expenses of the government’s functionaries and purposeful use of big government’s buildings.

The government has announced to convert the palatial Prime Minister House into a university after coming into power following the July 25th general elections.  As per the plan, additional structures will be built behind the PM House for the purpose.

On Wednesday, a high-level meeting was held at the Prime Minister’s office to review the progress so far made on the decision to turn the PM House into a university.

The meeting was presided over by Prime Minister Imran Khan, which was also attended among others by Federal Minister for Education and National Heritage Shafqat Mahmood, Chairman Higher Education Tariq Binori, and HEC and other officials.

Another committee headed by chairman HEC Tariq Binori was also set up which will look after the design and operational matters of the university.

The meeting decided that a moot titled as “Emerging Challenges for Pakistan and the Region” will be organised at the proposed university in December this year.

The meeting formally approved setting up of an Institute of Advanced Studies in the first phase. With the setting of the IAS, academic activities will be launched formally at the planned University.

Besides the PM’s House, the government is also planning to turn state-owned buildings including the governor and guest houses into tourist spots.

As per the plan, museum, conference centre and art gallery will be opened at the 700-kanal Governor House in Lahore. It also plans state guest house near the Foreign Office will be converted into a five-star hotel and the one in Nathiagali will be made a resort

Governor House in Karachi will be converted into a museum after consultations with the provincial government. Governor Houses in Quetta and Peshawar will also be turned into museums to preserve history.