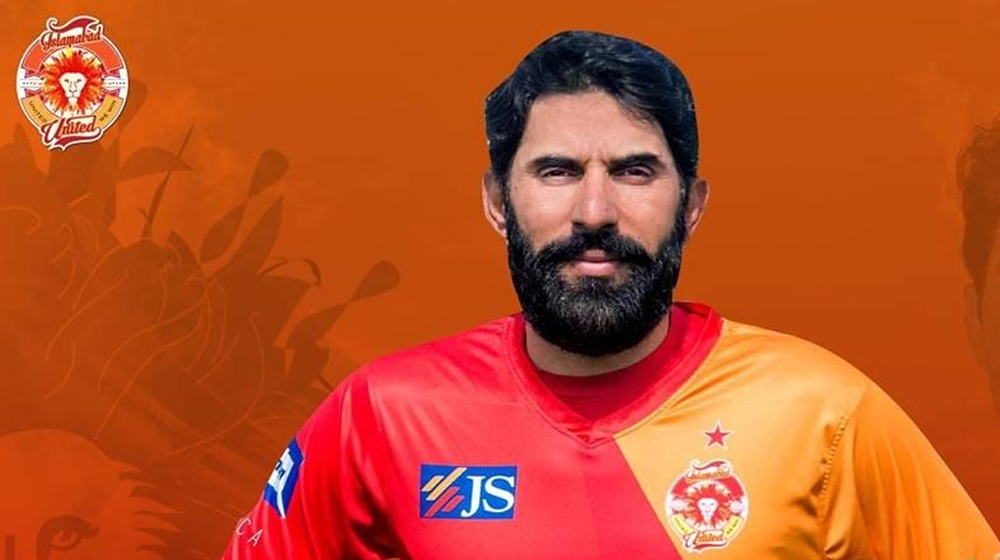 Misbah-ul-Haq, the captain of the two-time champions of the Pakistan Super League (PSL) – Islamabad United – will not be seen in action anymore.

Misbah who has led the franchise ever since the inception of the league, has decided to not take part in the next edition as a player.

The PSL management, however, seeks Misbah to join the franchise in a new role. As per an official statement, Misbah will serve as the mentor for Islamabad United.

This was announced by the owner of the franchise, Ali Naqwi, via his official Twitter handle.

“Islamabad United has always greatly valued Misbah as a player, leader and a superb team player. As he transitions into his non-playing phase, we believe he can add a lot of value to Islamabad United as well as to Pakistan,” said the statement.

“The franchise continues to discuss with him avenues which could provide him a platform to pursue his next phase. These discussions continue and deserve the confidentiality which a senior player like him deserves,” the franchise added.

#ISLU has always greatly valued Misbah as a player, leader & a superb teamplayer. As he transitions into his nonplaying days, he can add alot of value to ISLU (& Pak). #ISLU continues to discuss with him diff options which deserve the confidentiality a sr person like him deserves pic.twitter.com/8jIgIE34qW

Naqvi counted Misbah among the ‘most brilliant minds of cricket’ and saluted the former Test skipper for his valued service for Islamabad United. The ISLU owner also put weight into his non-playing role.

“Misbah is undoubtedly one of the most brilliant cricketing minds of today. We as a team and I personally have been priviledged to benefit from his leadership on and off the ground. We are looking forward to his next innings. #Salute to you, #Captain!” #UnitedWeWin pic.twitter.com/Yt5j5Lzu2G

Moreover, according to some media reports, the defending champions are also going to release their spin bowling coach Tauseef Ahmed. Renowned offspinner Saeed Ajmal is likely to replace Tauseef in this role.

The fourth edition of the league will commence in February next year with the player draft ceremony scheduled for 20th November in Islamabad.