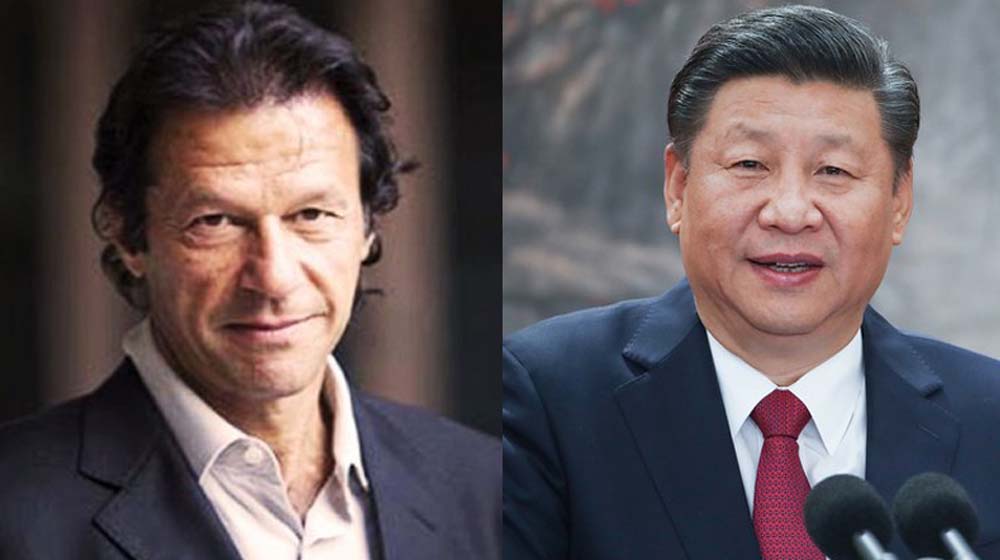 Prime Minister Imran Khan has said that upcoming first ever China International Import Expo (CIIE) will serve as a great opportunity for Pakistan to increase its export so as to narrow its trade deficit and earn more revenue to address its looming debt issues.

“We need some help to push our exports. The main problem in Pakistan right now is current account deficit so this (the CIIE) is a great opportunity for Pakistan to have a pavilion where we will be exhibiting our exports,” the prime minister told Chinese media on Wednesday before setting off on a five-day visit to China.

Pakistan has many items including textiles, agricultural products, sports goods, surgical equipment, and leather goods to export, the premier said.

He said the government is undertaking a series of tough reforms to make Pakistan’s export items more competitive in the global market, which will ultimately lead Pakistan out of the current financial crisis.

The prime minister hailed China’s reform and opening up policy, which provides Chinese industries a better environment to develop and compete in international trade.

“Once our governance system improves, and the cost of doing business in Pakistan goes down, we will then be able to compete with our international competitors. China has set a good example,” he added.

It will be the first official visit to China by Khan as Pakistani prime minister, who took office in August. According to the Pakistani Foreign Ministry, the prime minister is expected to meet with the Chinese leadership and will attend the CIIE to be held in Shanghai where he will also give a keynote speech.

He detailed that anti-corruption is the top task he wants to learn from China as Pakistan is struggling against the problem and the second is China’s campaign against poverty.

On the China-Pakistan Economic Corridor (CPEC), the prime minister said the project is now in a new phase in which it should focus more on bringing more investment to Pakistan and establishing special economic zones. The prime minister hoped CPEC, by doing so, could help Pakistan develop its industry in order to enhance its exports.

Khan hailed the cooperative relations with China. “We have a very special relationship with China, the people of Pakistan have always looked upon China very positively as a friend, and recently with CPEC, it has given a great opportunity for Pakistan to bring in foreign investment to get out of the difficult economic situation which we are in.”

On domestic economic challenges, the prime minister said that his government is taking measures to address the current account deficit, which he called as the biggest challenge in Pakistan’s economy, by seeking a bailout from the International Monetary Fund (IMF) and help from friendly countries.