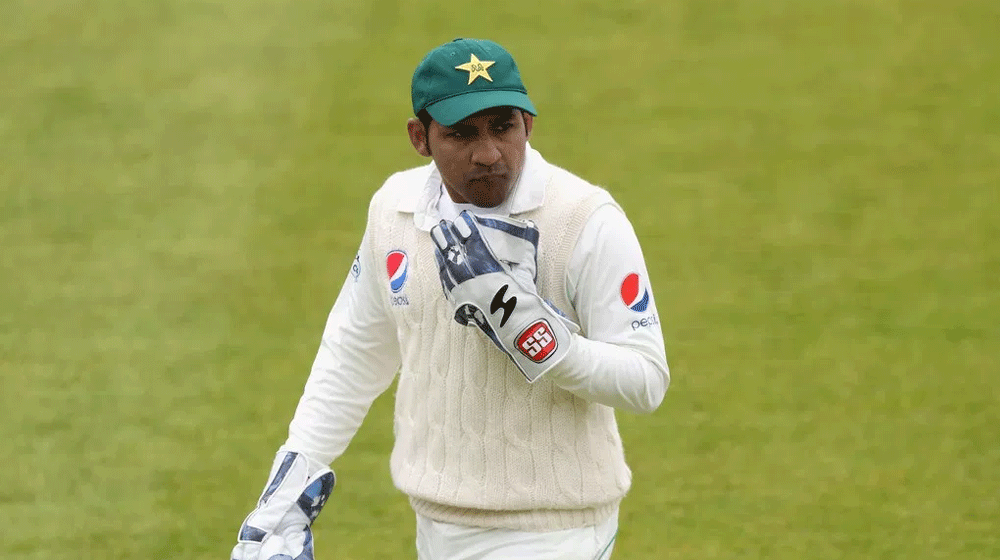 Chairman of Pakistan Cricket Board’s (PCB) cricket committee Mohsin Khan, who is also a former head coach of the team, has suggested Sarfraz Ahmed be relieved of Test captaincy.

Mohsin made these remarks during an interview with a local TV channel.

“There is a lot of pressure on him, Tests, ODIs and T20s; as a human being, he deserves some mental rest,” said Mohsin while speaking on a TV.

“I have said it before, and I will say it now too, with Sarfraz I was saying you got a new guy in and didn’t put the burden of three formats on him.”

Mohsin while speaking on Bol TV had called head coach Mickey Arthur a ‘stupid donkey’ for his ‘flawed’ game plan against Australia.

On the same show, he urged that Sarfraz should be relieved of the Test captaincy, terming it as an additional burden on his shoulders.

He then repeated his demand while speaking on another news channel on Friday.

“I had said make him T20 and ODI captain and in Tests, put in a senior player for a year, year-and-a-half which will give him [Sarfraz] time, allow him to relax and groom himself as a leader, to get some confidence.”

While commenting on team’s dismal performance in the Asia Cup, Khan said, “Sarfraz’s body language was so down. I felt sorry for him that he’d had so much pressure put on him, with T20s, ODIs and Tests. There’s no doubt he is so talented, and it’s not as if he is 35-36.”

“He is young; he has a lot of time. That was my view before, and it is now as well,” he added.

Khan was among those who had been forcing PCB to consider new options for captaincy since the Asia Cup debacle.

The suggestion was however shot down by the board chairman Ehsan Mani.