The Federal Government, on Tuesday, removed the Managing Director (MD) of Pakistan Television less than 15 days after his appointment.

Col. (retd) Hassan Immad Mohammadi, who was appointed on the post on October 22, was removed for a 20-second mistake that eventually proved to be too costly both for the government and the MD.

The notification mentions that the decision of Hassan’s removal was taken after approval from the Federal Minister for Information, Fawad Chaudhry. 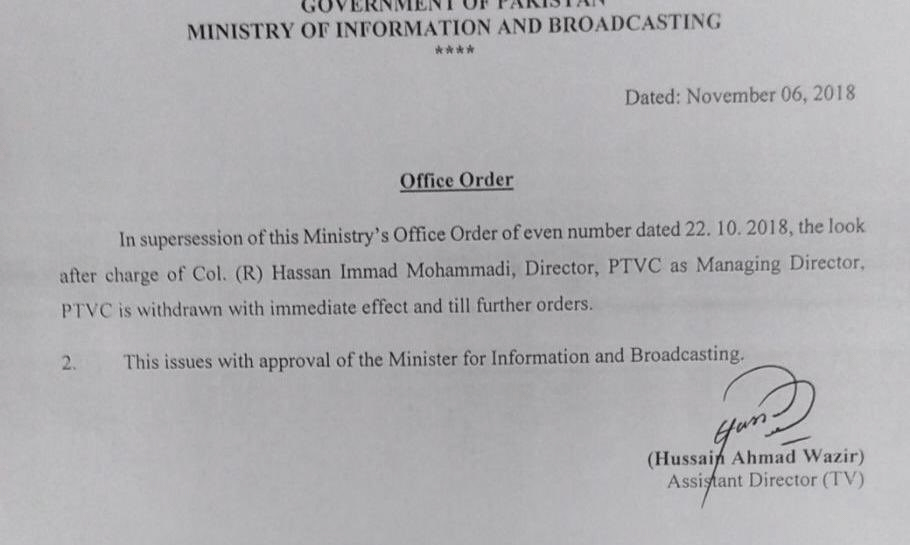 Earlier on Sunday, during the Prime Minister Imran Khan’s live address from China, an apparent typographic error showed ‘Begging’ instead of ‘Beijing’ on the screen.

The word was aired for less than thirty seconds on the screen and was quickly corrected; however, it proved too late for the national television as the mistake had caught too many eyeballs.

PTV footage was shown on all private media channels not only across Pakistan but across the world as only PTV Network is licensed to cover government footage. 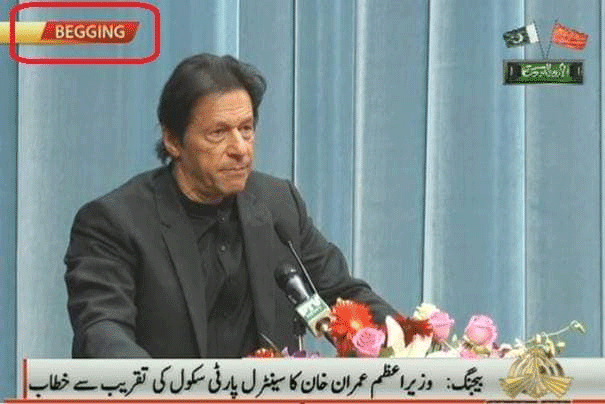 This triggered a brutal troll on Twitter and #BEGGING soon became the top trend.

Our selected begger Prime minister is now very buzy in #BEGGING from different country but see his election slogan during election and his policies.@ZeshanMalick @Atifrauf79 pic.twitter.com/Ic9FGQN7c8

Our selected PM is a certified beggar!! #Begging

Following the incident, PTV had to release an official apology on its Twitter handle:

Today, during a live address of the Prime Minister during his ongoing visit to China, a typographical error took place, which remained on screen for 20 seconds & later removed. This incident is regrettable. Strict action has been initiated under rules against concerned officials pic.twitter.com/df2Z8oib5u

This did not end on a tweet, and an official inquiry was launched into the matter which initially resulted in the removal of three directors including PTV has suspended Director News, Director of Current Affairs, Director IT and panel-personnel on the following day, and now, the MD of the national television has been sacked.