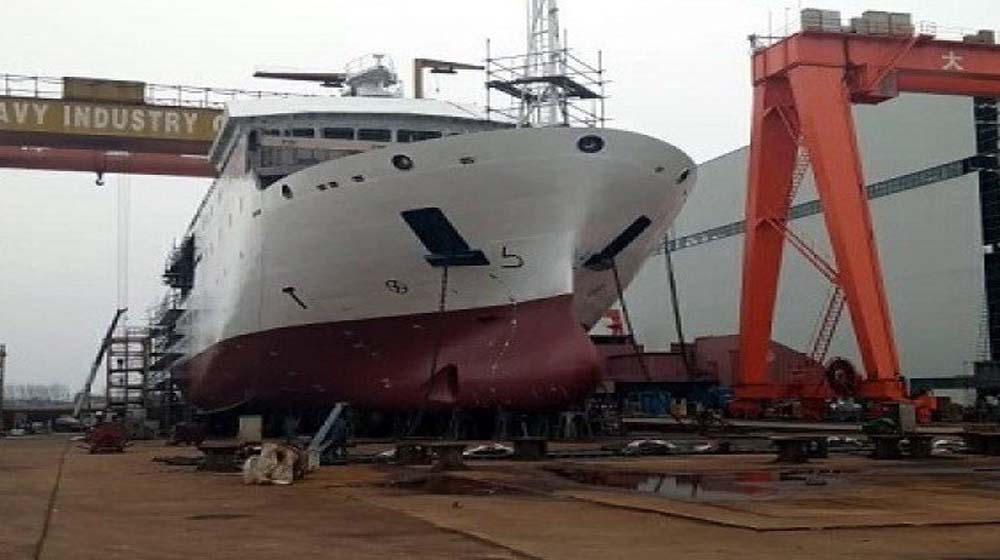 The vessel is being built by Pakistan Navy in collaboration of China, which was launched into Yangtze River.

The vessel is under-construction at Jiangsu DAJIN Heavy Industries Company Limited China and is the largest survey vessel to be built for Pakistan Navy under the Sino-Pak collaboration.

The new ship will be one of the most technologically-advanced survey vessels of Pakistan Navy and will strengthen Pakistan’s marine scientific research capability, being able to carry out underwater search and localization operations.

He also acknowledged concerted efforts made by Bestway Group, Dajin Shipyard and all involved in the project for timely achieving this significant milestone.

He expressed his resolve to complete the project within the given timeframe.

National anthems of both the countries were played on the occasion. After national anthems, the chief guest and Chairman Bestway Group launched the ship.

The 3000-ton Survey Ship is 80.8 m in length, equipped with state of the art survey equipment and has an endurance of 50-day operations at sea. After completion of harbor and sea acceptance trials, the survey vessel will join the Pakistan Navy Fleet by August 2019.