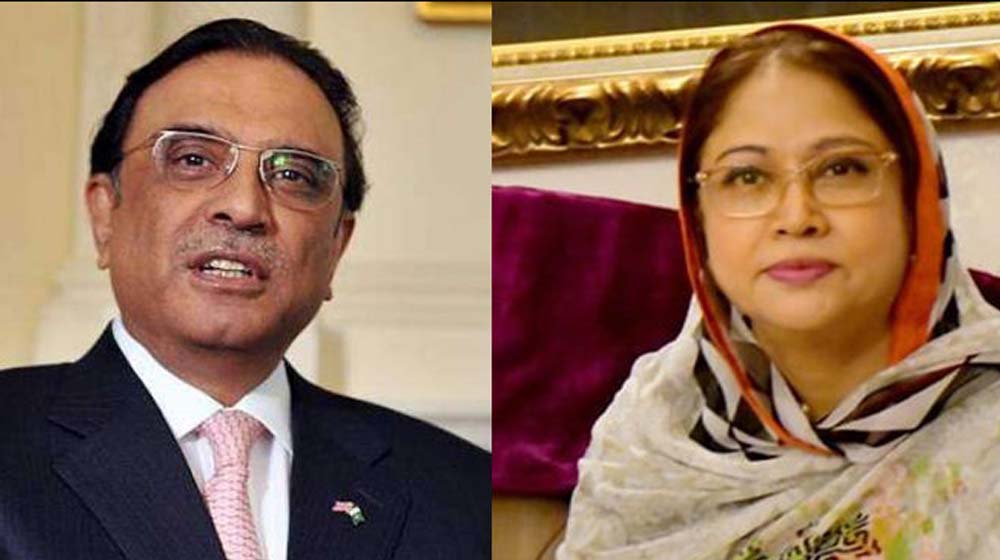 The Supreme Court on Monday ordered to freeze the properties of Omni Group, Zardari Group and Bahria Town owner Malik Riaz, banning the trading and transfer of the properties till the disposal of the case.

The report of the joint investigation team (JIT) probing the fake bank accounts case was shown on a projector at the courtroom.  PPP co-chairman Asif Ali Zardari’s legal team — led by Farooq H. Naek and Lateef Khosa — appeared before the bench at the Lahore registry.

The chief justice said that the properties of the groups will be attached.

Over 5,000 Fake Accounts Were Used to Launder Money From Pakistan

The chief justice remarked that there was a troika of Omni Group, Bahria Town and Zardari group.

During the hearing, the chief justice remarked, household expenses of Zardari and Bilawal were paid through these companies. “Zardari and Bilawal’s heater bills and even the money spent on their dogs was paid by someone else,” he added.

The JIT in its report said that money was transferred through fake accounts for the construction of Bilawal Houses in Karachi and Lahore. These companies paid for Bilawal’s family’s monthly expenditure of over Rs 1.2 million” the report added.

During the course of hearing of the case, the CJP while addressing Zardari’s counsel Farooq H Naek said that this is a matter of billions of rupees and we will not forgive. Those who looted billions are now engaging in mischief, the top judge said.

It seems that Omni Group owners are still sitting on high horses. They have looted billions of rupees of the nation and are still engaging in mischief.

The court ordered Asif Ali Zardari to submit his reply by December 28 on the JIT report. Further hearing of the case was adjourned till December 31, 2017.