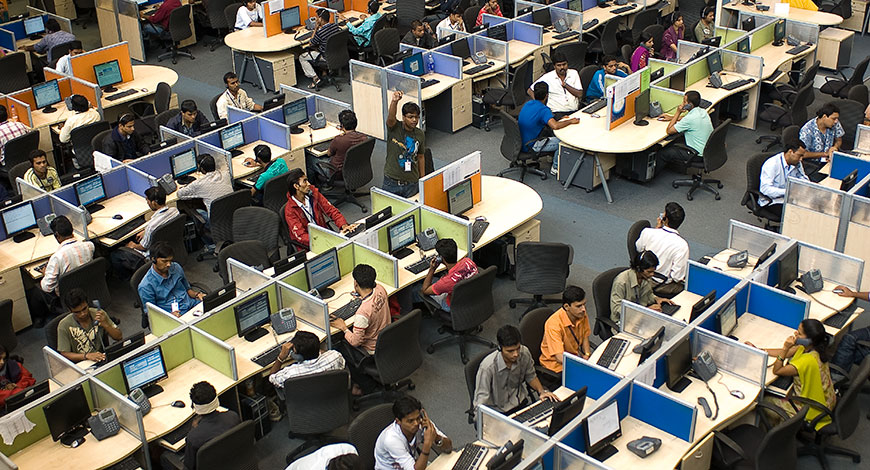 It’s only been 5 months since Pakistan’s IT industry crossed $1 billion in revenues through banking channels for the first time in its history. Great news? Yes, but view it in the context of how well other Asian countries are doing and the numbers are dismal.

India’s IT industry is $150 billion while the Philippines, a country with half our population, boasts an IT industry with revenues of over $40 billion a year. Why is there such a huge discrepancy?

Barkan Saeed, the former Chairman of [email protected], recently took to Twitter to explain the reasons. Let’s dive in.

Lack of Special Economic Zones for IT

Pakistan has no Special Economic Zones (SEZs) for IT. In contrast, India has built 113 over the past twenty years while Bangladesh started working on SEZs a couple of years ago. Other countries in the region, like the Philippines, are also aware of the need for IT SEZs and have multiple for different IT sectors.

Special Economic Zones are important because they provide tax incentives for companies. The intent is to make doing business as easy and simple as possible – whether that’s through one window facilities for company creation or straightforward processes to deal with government affairs and matters.

No Reasonable Tech Infrastructure for Scaling

SEZ also solve the tech infrastructure issue for companies. By providing incentives to builders and real estate developers, companies can rent bigger spaces at lower costs, helping them scale quicker. According to Barkan, “Tech ready spaces in Islamabad, Lahore and Karachi go for as much as Rs. 200 per square foot. It’s impossible to rent large spaces.”

He further added that 5 out of the top 10 IT companies want to add 5000 jobs over the next 6 months but there isn’t any reasonable space to accommodate them at reasonable rates.

One company has been looking for a good space for 6 months in Islamabad.

He capped off by mentioning that acres of government land, which was allocated for SEZs, has been sitting idle for 10 years and now, the IT industry is ready to develop tech parks itself.

Outdated Regulations and Laws are Unsuitable for IT

According to Barkan, SEZ laws have been made by keeping traditional industries in mind and arent’ applicable to tech zones. For them to work for IT, they need to be modified heavily.

“We never work on PPRA laws and have failed to develop the capacity of our local industry through helping them partner with international companies.”

The government outsources to its own companies and as a result, the local industry has mostly been relegated to providing services to foreign clients.

A More Proactive Approach is Needed

The government needs to understand that Pakistan’s IT industry needs a lot of products that simply won’t be funded by VCs like HR systems, CRMs, and ERPs that are designed with local consumers and companies in mind. “By developing local products, we can save on foreign exchange and then later market to the world.”

According to Barkan, right now companies are coming to Pakistan asking for a time to meet the decision makers while it should be the other way around. If Pakistan’s IT industry is to escape its self-imposed purgatory, it needs to adopt a salesman approach instead of a “slow customer support” one.