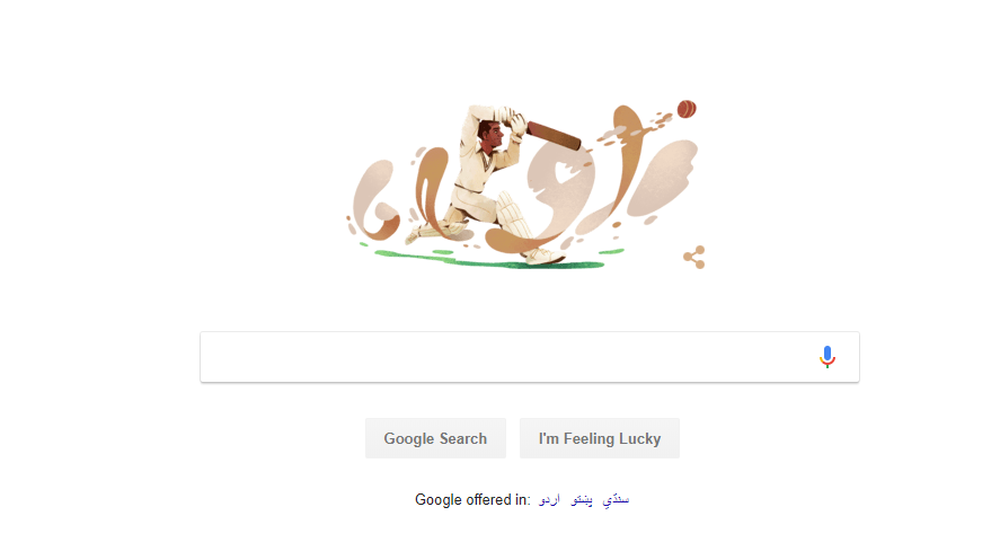 On this day in 1925, Pakistan cricket’s father figure, Abdul Hafeez Kardar, was born. He went on to lead his country in its first ever test match in 1952. Search giant, Google, is now celebrating the legendary cricketer’s 94th birthday with a doodle.

Here’s how it looks.

He was a fearless left-handed batsman and an effective left-arm bowler. He captained Pakistan in the first 23 tests, registering victories against all test playing nations he played against.

After retirement from cricket, Kardar was at the helm of cricketing affairs in Pakistan, holding several offices in the country’s cricketing regulatory body, until he resigned in 1977 due to political interference in the game. Before resigning, he had heralded a new era of professionalism in the organization of cricket in the country.

AH Kardar died on April 21, 1996 aged 71 and Pakistan cricket lost one of its most valuable personalities to ever grace the game.