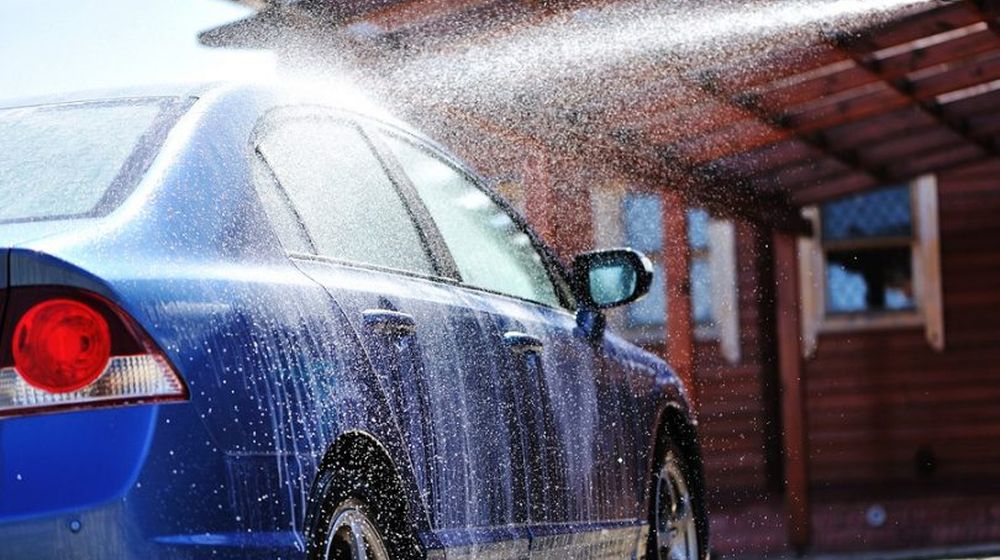 Lahore High Court (LHC) recently imposed a ban on washing cars with a hosepipe at homes or at service stations lacking proper recycling systems. Following the ban, the Water and Sanitation Agency (WASA) authorities have fined a man for washing his car in his home with a pipe.

LHC instructed authorities such as WASA and Lahore Development Authority (LDA) to fully implement the ban to alleviate the water scarcity issue in the province. The court directed the citizens to wash their cars with water buckets to save precious water.

The citizen was found violating the court’s order issued following which the WASA surveillance team issued him a challan of Rs 500.

The water regulatory authority has been active in different areas of Lahore, however, the ban is still being violated in almost all parts of Punjab and there is a dire need to keep a strict check on the activity of service stations to curb the issue of water shortage in the country.

Earlier, a report claimed Pakistan to be one of the most water-scarce countries on the planet following which the Supreme Court of Pakistan started a campaign for collecting donations for Diamer-Basha and Mohmand dams.