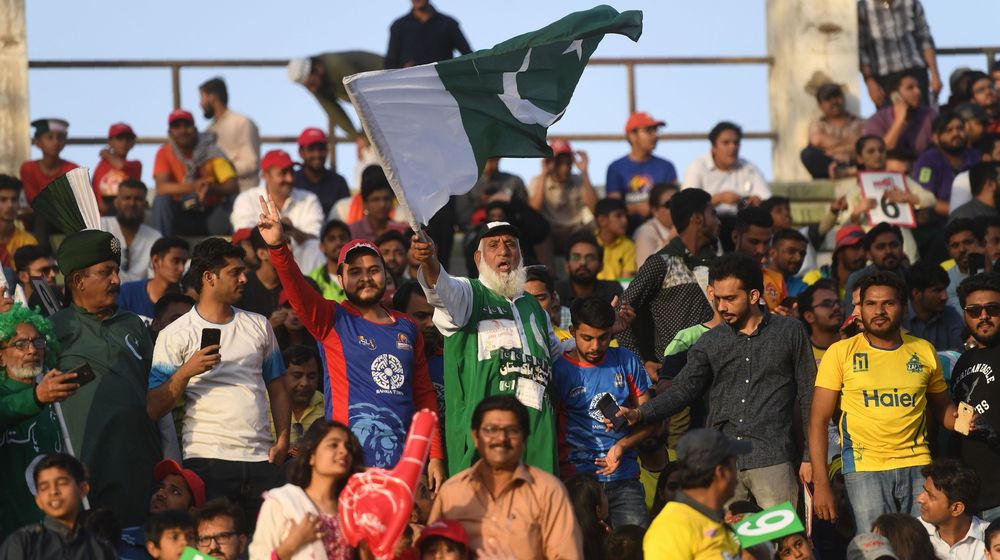 Pakistan Super League (PSL) has proved to be a massive event, helping revive international cricket in the country in addition to offering a launchpad for the young cricketers.

To further enhance the success of the event, the Pakistan Cricket Board (PCB) has decided to ban all political activities during the league, reported a private media outlet earlier today.

It includes political slogans, political banners or any other object highlighting a political campaign in the grounds. The cricketing authority has prohibited the cricket fans from the aforementioned activities to make PSL a politics-free event.

Anyone found violating the ban will be expelled from the ground in addition to a certain amount of fine.

This is being done in order to enhance the reputation of the league and ensure a peaceful environment in the grounds for watching cricket.