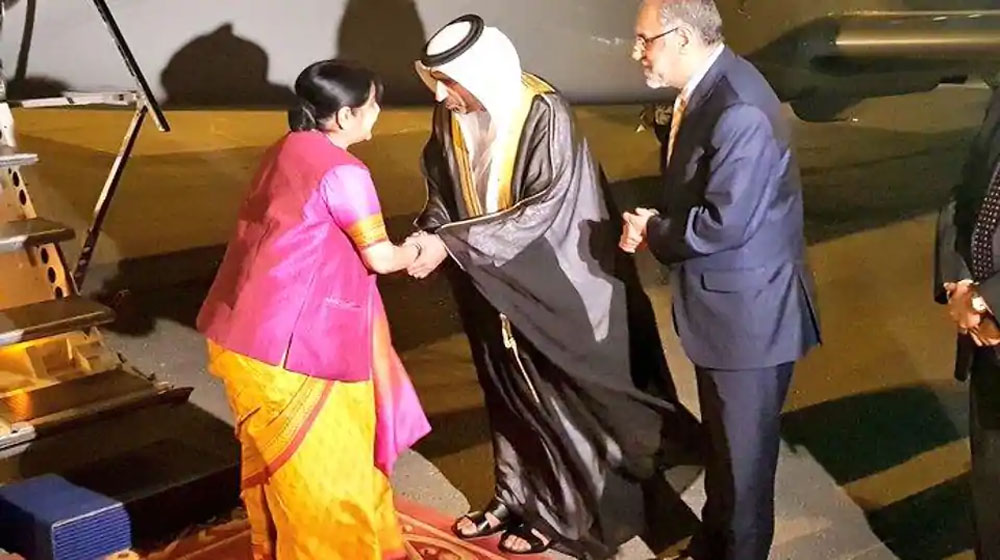 The Foreign Minister, Shah Mehmood Qureshi, announced on Friday that he would not attend the Organization of Islamic Corporation (OIC) meeting in Abu Dhabi as a gesture of protest against the invitation to his Indian counterpart, Sushma Swaraj.

He informed about his decision during a joint parliamentary sitting today.

The UAE leadership had invited the Indian foreign minister to attend the meeting as an observer – for the first time in almost 50 years.

The move had angered Pakistan, which is a founding member of the Organization.

Pakistan had maintained its stance that India must not be invited, since the agenda of the meeting was Indian atrocities in Occupied Kashmir. Having an Indian observer is nothing but an insult to the cause.

“I requested UAE to postpone the meeting, or the body should review its decision to invite India,” he said. “India is neither a member nor an observer,” the minister said.

Pakistan further strengthened its stance after the recent escalations on the border.

The call to boycott the OIC meeting first came from the benches of Opposition during a parliamentary session on Wednesday, and the government obliged.

“I was informed,” the Minister said, “that the invitation to India was extended before the incident of Pulwama.”

He also briefed the house that he has contacted the UN Secretary General, Turkish, Russian and diplomats from other countries and has received a positive response.