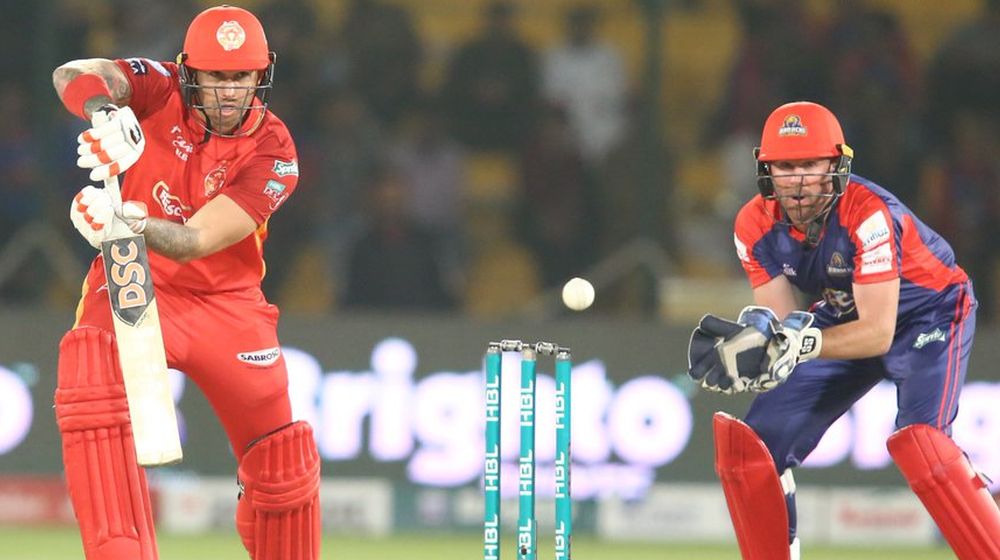 After a tense chase, Islamabad United got over the line as Karachi Kings bowed out of the tournament.

The win means Sami XI will face Peshawar Zalmi in the second Eliminator. The winner of the match will play Quetta Gladiators in the grand final on 17 March.

A cracking start from the openers, Colin Munro and Babar Azam, set the ground ablaze with some fireworks at the top. Munro fell at the team total of 52 in the 4th over.

The next batsman, Liam Livingstone carried on from where Munro had left, taking the team total to 102 in the 11th over before he fell to Shadab Khan.

This was the wicket that put the brakes on Karachi’s innings and it never really got going from there onwards. Karachi kept losing wickets, meaning that they added only 61 for the loss of 8 wickets in the last 10 overs.

Imad Wasim led side ended with 161/9, a total which was always going to be hard to defend.

Aamer Yamin removed the in-form opener, Luke Ronchi in the third over, making sure the chase wasn’t a walk in the park for the Islamabad United.

Alex Hales and Cameron Delport started rebuilding the innings, taking the total to 63 when Umer Khan struck twice to make things tough for the United.

Despite the fact that Hales couldn’t get going, his rotation of the strike and some lusty blows from Hussain Talat kept them in the hunt.

Some timely boundaries from Asif Ali and Faheem Ashraf made sure Islamabad got over the line in the last over, securing their place in the second Eliminator.

For his innings of 41, Hales was declared the Man of the Match.