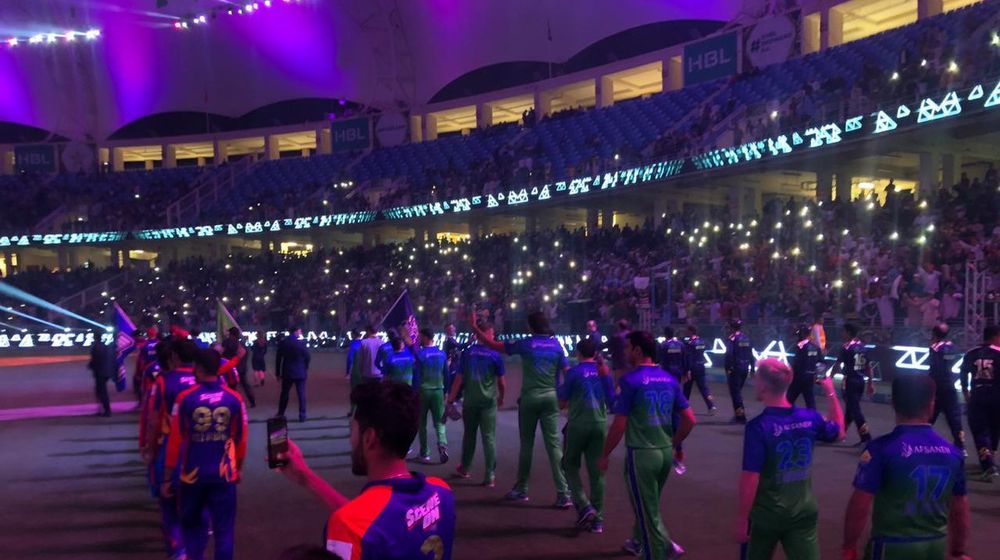 An independent panel headed by Mudassar Nazar and comprising Danny Morrison and Ramiz Raja has picked the Best XI of PSL 2019.

Despite his limited availability, the South African legend, AB de Villiers has been named the captain of the PSL XI with 4 players from Peshawar Zalmi. You might not agree with the team since its obviously based on favorites instead of solely being based on the best performers.

Here is the team: 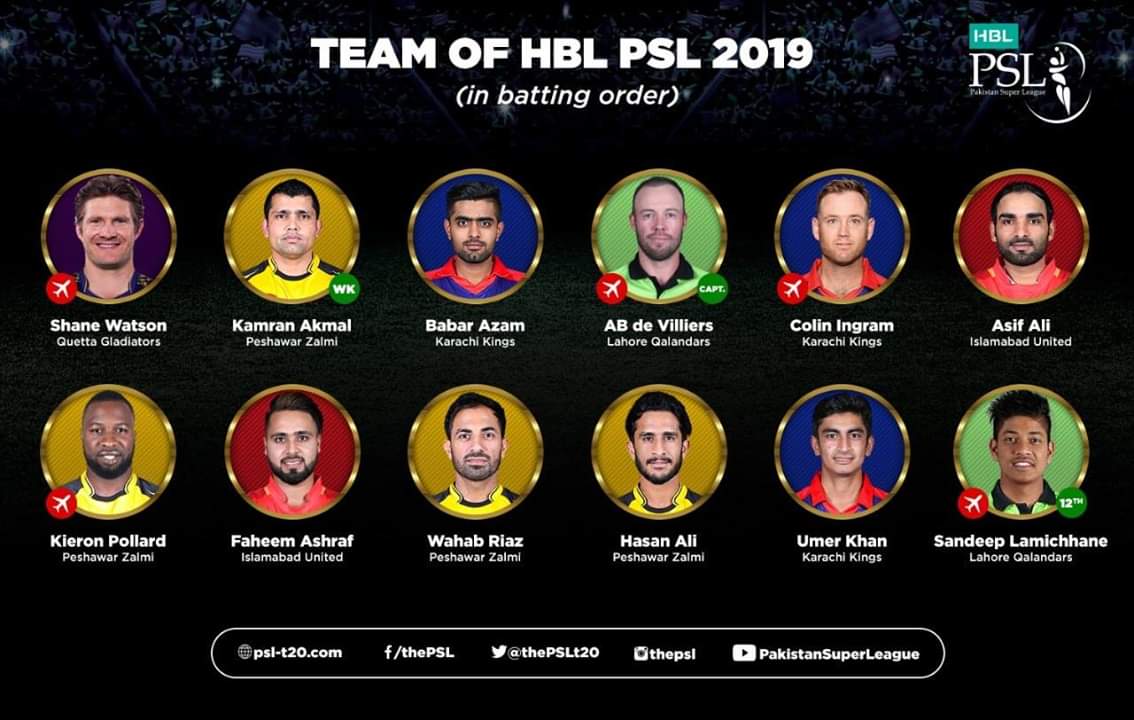 Nepali bowler, Sandeep Lamichhane has been picked as a 12th man. His 11 wickets at an average of 17.18 earned him a place in the team as the 12th man.

Except for Multan Sultans, each PSL franchise has at least one player in the overall team of the competition. Strangely, their was only one player from the champion team and most of the named players belonged to team which didn’t even make it to the top three this year.

It’s odd that Ahmed Shehzad and Imam-ul-Haq didn’t make to the best XI despite being the top local batsmen in this year’s PSL in terms of their average and performances throughout the tournament.