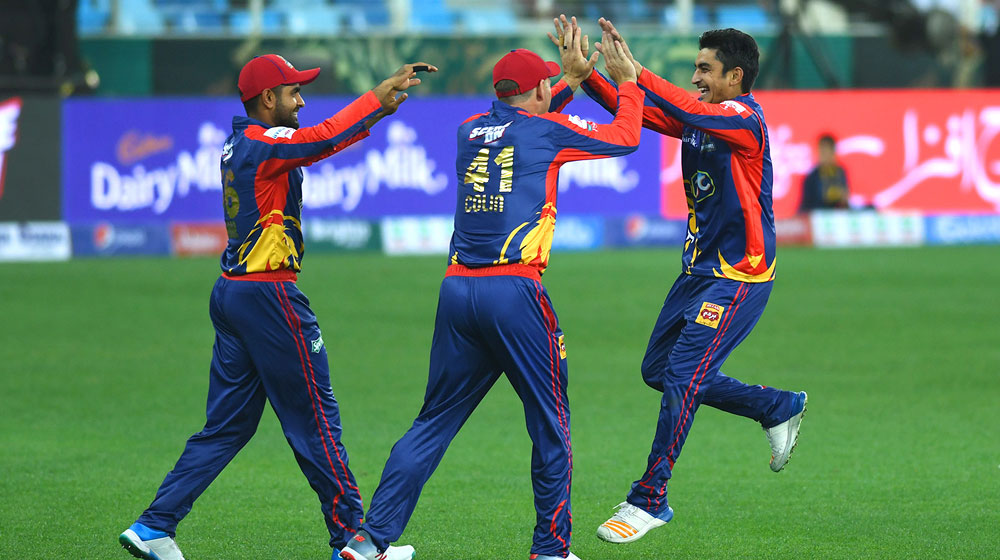 The teenage left-handed spinner, Umer Khan, has impressed everyone with his ability to pick big wickets at crucial times.

Performing at the biggest stage, however, wasn’t enough for him to get a call-up for the Australia series in the UAE. You can argue he could have been picked in place of Yasir Shah, who had a poor PSL, and his performances in the two matches until now are listless.

Talking about his aspirations to play for Pakistan, Umer said:

I feel I am ready for international cricket if my country needs me. Even if I am not able to make it to the World Cup squad this time around, I am still hoping that I’ll be able to impress the selectors for next year’s T20 World Cup.

Playing his first PSL match Karachi was ‘like a dream come true’ for him as he enjoyed sharing the dressing room with top international players. ‘Honored’ to learn from Wasim Akram and Mickey Arthur, Umer Khan is ready ‘to make full use of any opportunity to play for Pakistan’.

In an interview with a local sports website, he shared his journey from an unknown bowler to a famous cricketer, describing it as a strange but good feeling.

When I was on my way to the UAE to play in the initial stages of the PSL, all the people would ignore me and move towards the well-known players but on the way back, it was a completely different situation. Throughout my journey back home, I was recognized and so much respect was given to me.

The prodigy came to limelight when he dismissed Lahore Qalandars’ AB de Villiers. After that, he never looked back and went on to claim the prize wickets of some big guns including Luke Ronchi, Shane Watson, Corey Anderson, James Vince, and Shoaib Malik to name a few.

Talking about his favorite wicket in PSL, he said:

But if there was one wicket that I will remember for a long time, it has to be that of Lahore Qalandars’ AB de Villiers. I had always wished that I would get a chance to bowl against this great batsman and that is what happened. In fact, not only did I get to bowl to him, but I also took his wicket.

Playing before the home crowd was “like something you dream of as a child where you imagine walking out onto the field with thousands clapping and cheering for you”.

The youngster will be playing for Balochistan in the upcoming Pakistan Cup which he sees as another opportunity to impress the selectors.