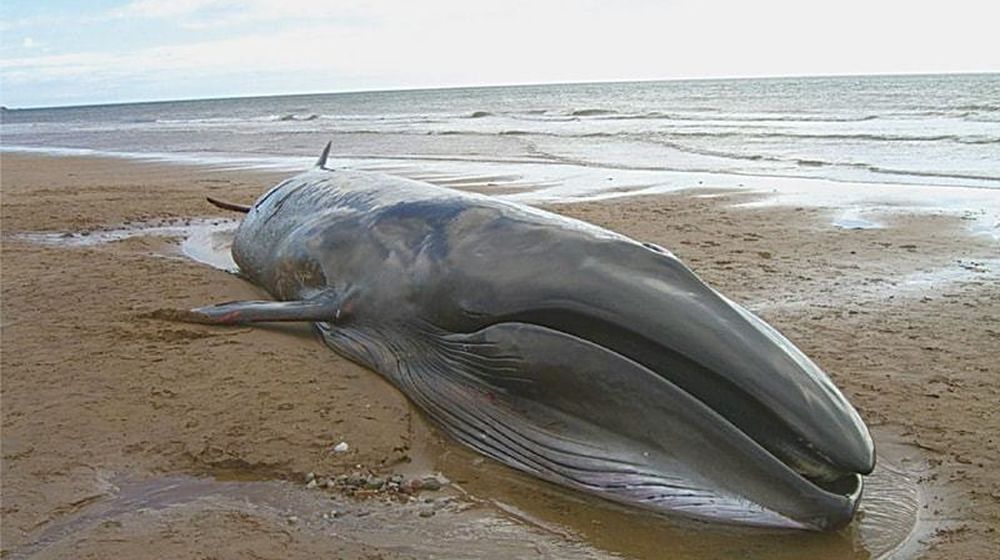 Local municipality workers have quietly buried a 34-foot long whale found at the Gwadar beach on Tuesday before it could be taken for examination by wildlife experts. According to the details, there are conflicting reports about the whale’s origin as WWF Pakistan termed it a Blue Whale while a marine biologist called it a Bryde’s Whale.

Before the WWF team reached on site, the cetacean was already buried. On the other hand, no member of the provincial government’s fisheries department showed up on site.

A representative of the WWF-P and also the president of the Pakistan Whales and Dolphins Society, Mohammad Moazzam Khan, said that it died ‘after getting entangled in a fishing net’ and that there were no signs of its collision with a ship.

He added that the team dug up the burial site to get samples of the carcass for DNA analysis. The dead body was found to be damaged by the local fishermen in search of the precious solid waxy substance found in the stomach called ambergris. However, it is only found in the sperm whales.

The carcass was old, perhaps three days to a week. It apparently washed ashore on Monday night and was spotted on Tuesday morning. Nothing could be said conclusively about the whale’s death.

The species is included in the International Union for Conservation of Nature (IUCN) Red List with a total population between 10,000 to 25,000.