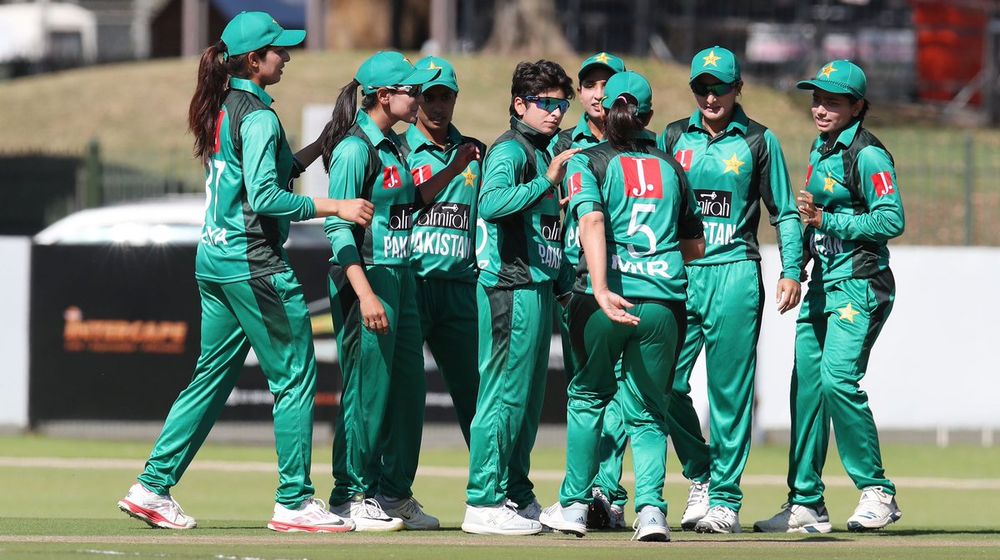 Women’s cricket in Pakistan is constantly on the rise and the recent performances suggest that it is going in the right direction. The introduction of former women cricketers like Marina Iqbal, Asmavia Iqbal and Urooj Mumtaz in the selection matters, more responsibility by the senior cricketers and handy contributions from the younger players have helped Pakistan cricket prosper in recent times.

After an impressive 1-1 ODI series tie against South Africa, Pakistan women have started the T20I series with a bang. The Girls in Green demolished the Proteas, winning the match by 7 wickets with 2 overs to spare.

It was a good toss to win for Bismah Maroof as she put in the hosts to bat at Pretoria. Pakistan’s top spinner, Sana Mir was at her best yet again as she removed the openers in the first over to set the tone for the other bowlers. She picked up a total of 3 wickets, while Nida Dar took 2 prized scalps.

Despite two early blows, captain Bismah Maroof and Nida Dar scored half-centuries t0 help the team get over the line at the end of 18 overs for an easy win.

Nida Dar was awarded the man of the match for her all-round performance.