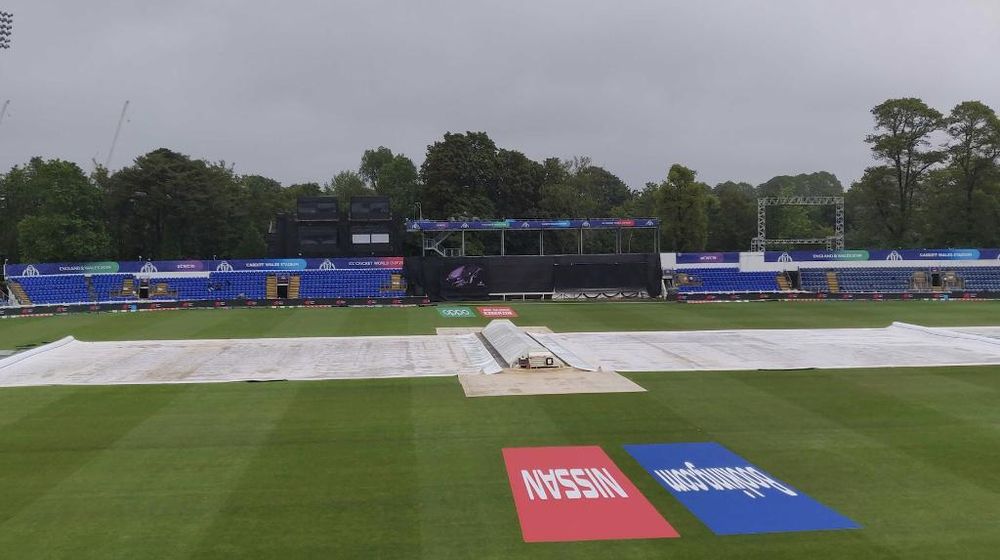 Pakistan’s washed out practice match against Bangladesh has made us all wonder what will happen if the play is not possible due to rain.

Especially since England weather during early summers is known for its rains and there are plenty of washouts on the cards, especially in Wales and southern coastal areas.

Here’s how the matches will be decided in case of rain:

There will be 45 league stage matches before the action moves on to the big semi-finals and the grand final.

If a game can’t be completed due to rain, the points will be shared between the two teams. The playing teams will get one point each for a no result considering there’s no reserve day for league matches.

For semi-finals and the final, there are reserve days, meaning that if the play is not possible on the match day due to rain, it will be shifted to the reserve day.

If the match gets stopped, and play cannot resume due to rain, it will continue on the reserve day from where it ended on the primary match day. In case of a tie in the semi-final, Super Over will decide the finalist. If the match cannot be completed even on the reserve day, the team with more points or better net run rate in the league stage will proceed to the final.

For the final, a tie will result in a Super Over. If the final yields no result, the teams will share the trophy.