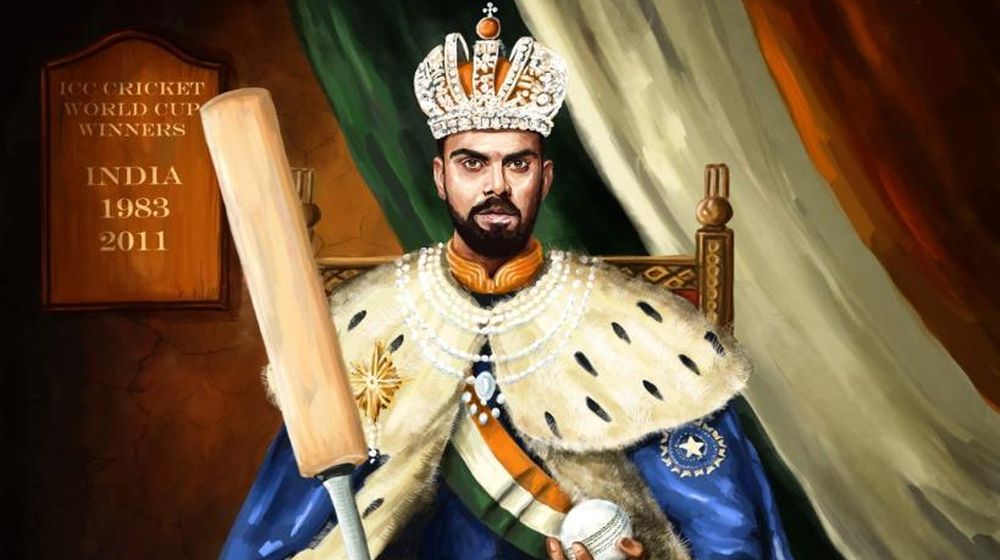 The International Cricket Council (ICC) is notorious for favoring India owing to the country’s huge role in generating revenues for the watchdog.

Often labeled as the Indian Cricket Council, the cricket’s governing body recently shared a tweet ahead of India’s clash against South Africa.

The graphic showed Indian Virat Kohli with a King’s crown which triggered many neutral cricket fans around the globe. Former England captain, Michael Vaughan didn’t like the fact that the ICC went overboard with Kohli’s praise ahead of an important encounter.

The 44-year-old took to Twitter to take a jibe at the governing body.

While the Indian Captain may have won many accolades and he might well be the King of the game, the ICC’s official Twitter handle could have done better since its bias in favor of India is quite evident.

ICC’s bias towards India is not an alien concept, considering the double standards it has in place for the stronger boards like the Board of Control for Cricket in India (BCCI).

What the ICC forgot was that they had tweeted a crown alongside hashtags TeamIndia and Cricket World Cup 2019, clearly depicting that India will be the World Champions this year.

Another tweet by the official handle for Cricket World Cup 2019 only makes the case against ICC stronger.

"You're a wizard, Virat." pic.twitter.com/tjCEZq1UIU

The officials are yet to offer similar praise to any other international batsman, bowler or all-rounder.

Do you think the graphic is justified? Let us know in the comments section.