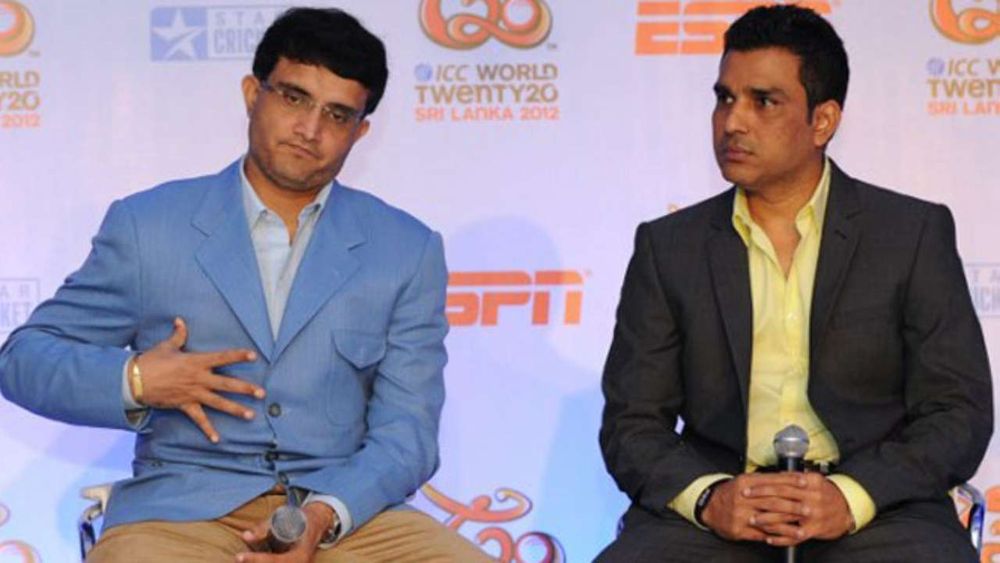 The Cricket World Cup brings with it plenty of gossip and entertainment for the cricket lovers across the globe. The showpiece event has already produced some breathtaking spectacles and it promises to get bigger and better by the day.

Following MS Dhoni’s army insignia saga, the two Indian commentators at the World Cup are now taking a dig at each other.

Sanjay Manjrekar took to Twitter to joke about Sourav Ganguly’s commentary, terming it a little too passive.

Always happy when Sourav Ganguly is in commentary. You get to relax not just in between commentary stints but during it too.

Always happy when Sourav Ganguly is in commentary. You get to relax not just in between commentary stints but during it too.😋

How could Dada not respond? So he did and called Manjrekar an attention seeker.

His comments on Twitter is a bit like his batting meaningless and and lack of ideas .. may be just an attention seeker…in the negative way 😂

The Twitter feud seems to have halted for now as both are quiet following their remarks about each other. The two were also commentating in India vs Australia match on Sunday after the Twitter exchange.

By the look of it, we expect there to be no more fuel to the fire and the two might well realize that they have to respect each other considering they are representing one country at a massive platform.