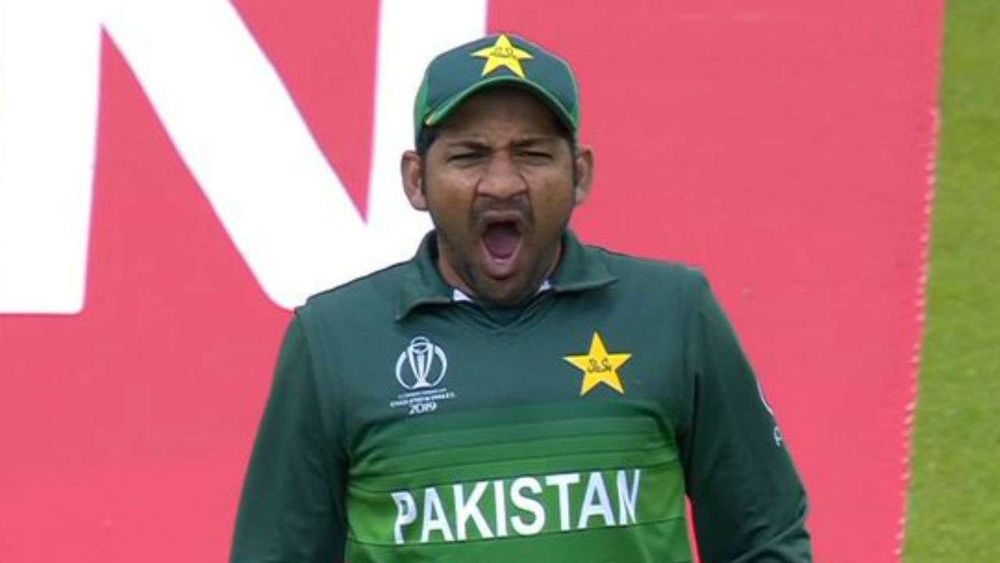 The embarrassing footage of Pakistan team’s captain, Sarfaraz Ahmed yawning during the match with India while wicket-keeping has been making rounds on social media.

Sarfaraz yawning in field reminds me of how yawn in my office after lunch time🤣🤣🤣 pic.twitter.com/RbOAqgko2Z

The screenshot of the Sarfaraz’s wide open mouth has already given birth to a million memes on the internet. While it was bizarre to see a cricket team’s captain yawning during the biggest clash in the World Cup, the reason behind his lack of sleep is even more disturbing.

According to the sources, Sarfaraz had a sleepless night ahead of the clash against India over team selection matters.

The 32-year-old wanted to field Asif Ali and pacer Mohammad Hasnain in the high-profile match, however, the Chief Selector, Inzamam-ul-Haq, thought otherwise.

The long debate between the Head Coach Mickey Arthur, Sarfraz, and Inzamam kept most of the team management on their toes considering the intense nature of the match. Sarfraz spent the whole night trying to convince the team management but it was all in vain as both players were not included in the final XI.

Reports have it that Inzamam’s words carried more weight and that he has a final say in team selection matters in the UK despite the fact that he was not supposed to be traveling with the team.

His job was done following the announcement of World Cup squad well before the event started. This is the reason why Shoaib Malik still got to play the match against the will of team captain and cricket pundits.

It has also been reported that Sarfaraz confronted the team after the match against India and told them he was aware of lobbying against him and would take the lobbyists with him if Pakistan loses this World Cup.