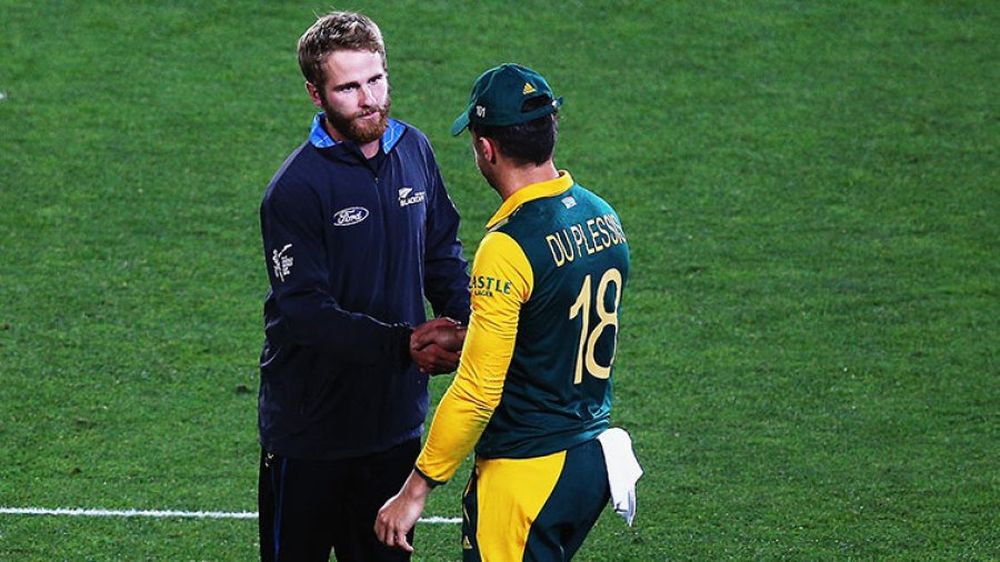 Following the carnage last night which saw England thrash Afghanistan for an easy win,  the currently two top-ranked teams, New Zealand and South Africa will take on each other in Birmingham.

Two crucial points are at stake as the Proteas will look to end the Black Caps’ undefeated World Cup campaign. Even the Pakistani camp and fans will have their eyes on this contest, because how it goes may well have a bearing on the national team’s chances to qualify to the top 4.

Here are the important match details:

Lungi Ngidi has been declared fit which comes as great news for South Africa and the fans. New Zealand, on the other hand, will have to see whether they can field another spinner Ish Sodhi in place of Colin de Grandhomme.

Trent Boult hasn’t had the wickets to show for his brilliant bowling in this World Cup, however, he will be a huge threat to South Africa’s top order in overcast conditions.

The fast bowling duo of Kagiso Rabada and Lungi Ngidi makes South Africa’s bowling look formidable. They will have to be at their absolute best to rattle New Zealand batters.

In the last 5 matches, South Africa has won three while the Kiwis came on top two times. Their previous World Cup meeting was the big semi-final clash where New Zealand trumped AB de Villiers’ men to book their place in the grand final.