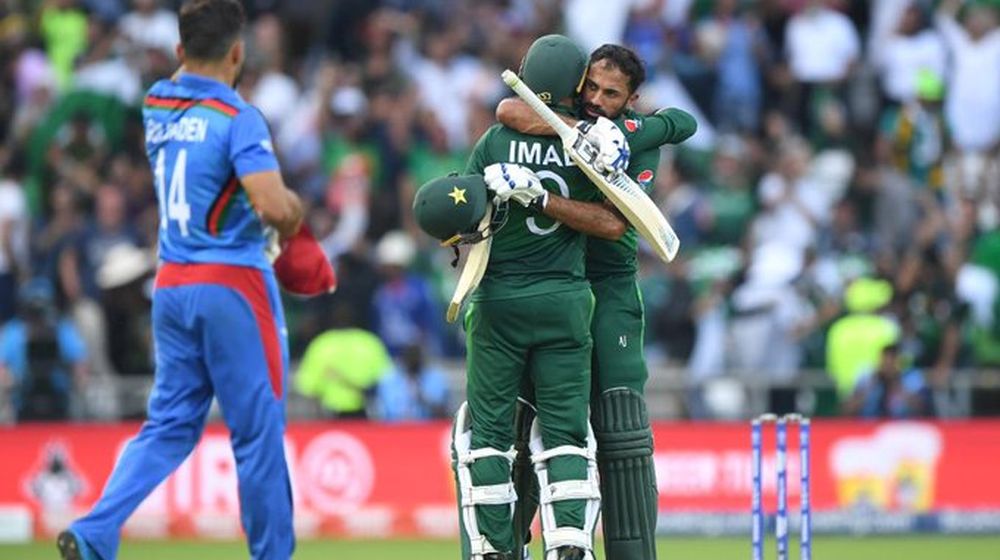 India fell short of England’s target by 31 runs while chasing 338 on Sunday.

England’s win has caused plenty of headache in the Pakistan camp and unrest among the fans considering Sarfaraz XI can qualify only if England lose one of their two matches. Now they have one left against New Zealand, and if Morgan’s men win, they will be through to the semi-finals.

There are still a couple of scenarios under which Pakistan can qualify for the top 4. One thing that’s sure is that Pakistan faces a must-win situation against Bangladesh and then depends on the outcome of a few crucial matches.

If England Lose to New Zealand

Now that England stands at 4th place with 10 points from 8 games, they need a win in their last group stage fixture against New Zealand to go through. If they lose, England will end up at 10 points, giving Pakistan an opportunity to make a case for qualification by winning against Bangladesh.

If Pakistan manages to register a win, they will have 11 points, 1 more than England’s 10 (provided they lose on Wednesday).

If New Zealand Lose to England

New Zealand’s last couple of matches have resulted in losses, meaning that they are now stuck at 11 points from 8 games.

If they lost against the hosts, they will have 11 points at the end of the league stage. Pakistan’s win against Bangladesh will put them on par with New Zealand, however, the Men in Green are unlikely to go through because of their net run rate.

Here’s what you need to pray:

New Zealand must lose big to England, and Pakistan needs to defeat Bangladesh by a huge margin which will be dug out by the statisticians before the match considering England-New Zealand match is scheduled on Wednesday, while Pakistan will play Bangladesh on Friday. Pakistan will have a clear target of the margin of victory they need to produce to qualify.

If India Lose to Bangladesh and Sri Lanka

India is currently placed in second place with 11 points from 7 games. If they somehow manage to lose their next two matches against Bangladesh and Sri Lanka (by big margins, which looks highly unlikely), it will create a new opportunity for Pakistan.

India will play Bangladesh on Tuesday and Sri Lanka on Saturday. If they win even one of these two games, they will secure their semi-finals berth.

To conclude, the best bet for Pakistan is that New Zealand defeats England and Pakistan downs Bangladesh, otherwise, the World Cup is pretty much over for Pakistan.