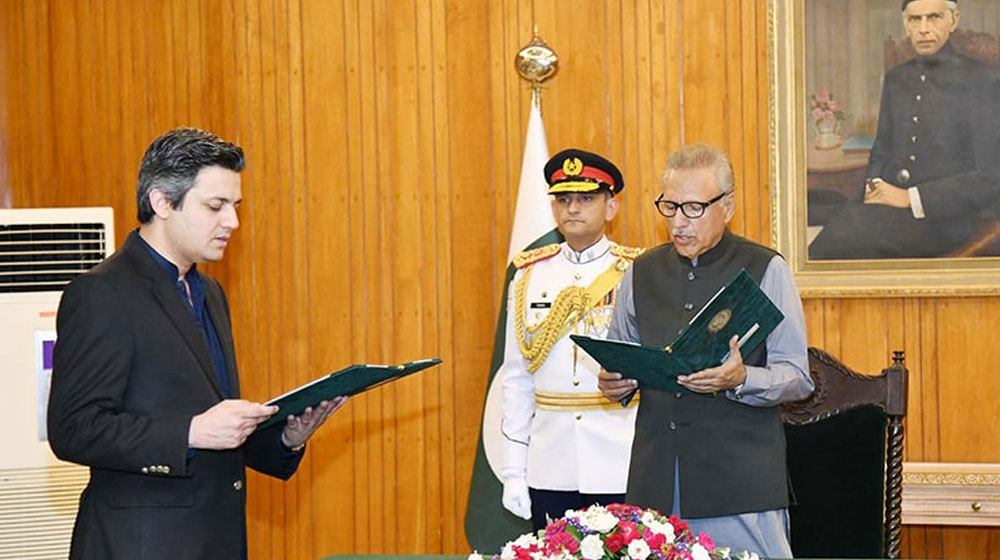 Update: Prime Minister Imran Khan has relieved Hammad Azhar from the Ministry of Revenue Division just a day after his elevation. He has been given the appointed as the Federal Minister for Economic Affairs.

Previously, the Advisor to Prime Minister on Finance Dr. Abdul Hafeez Sheikh held an additional portfolio of the Revenue Division. On Monday, he was released from the charge to make way for Hammad Azhar. However, Hafeez reportedly had reservations on his ‘sudden’ demotion and thus, was restored to the office of Revenue Division on Wednesday.

As per the new notification, Hammad will now serve as the Federal Minister for Economic Affairs.

The incumbent government has been criticized for appointing technocrats on key posts. But Azhar’s promotion is likely to reduce the burden.

Previously, the Advisor to Prime Minister on Finance Dr. Abdul Hafeez Sheikh held the charge of revenue division. However, Hammad Azhar’s brilliant performance in the absence of Asad Umar, as mentioned by Prime Minister Imran Khan himself, earned him the federal ministry.

PM Khan, in a post-budget session last week, had made this announcement on the National Assembly’s floor.

During the [budget] session, I was delighted to see our new leadership emerging. I appreciate Hammad’s composure and the manner in which he conducted the budget session; he has earned the federal ministry for himself.

Hammad Azhar had been serving as the state minister for revenue since August last year. In June, he rolled out PTI government’s first annual budget in the Lower House.

Hammad Azhar is among the few deserving people in the federal cabinet. He has a bachelors degree in Development Economics from the University of London’s School of Oriental and African Studies.

He completed a postgraduate diploma in law from the BPP Law School in London and also remained a member of The Honorable Society of Lincoln’s Inn in 2005.