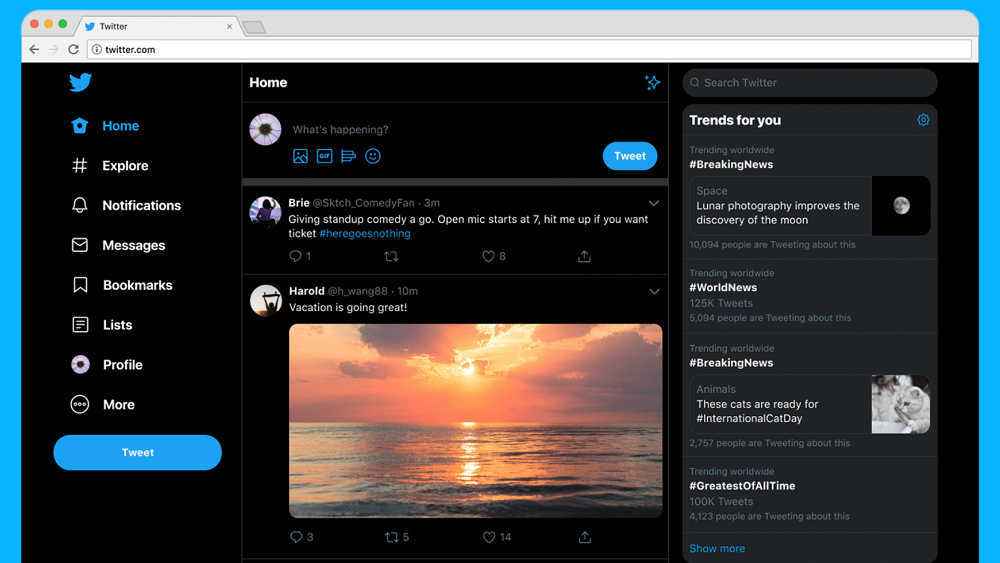 It’s been a while since Twitter’s last major revamp.

Twitter has been testing a new version of its desktop website since January this year, but the overhauled design has just started rolling out to everyone. It is also getting a bunch of new features to help improve usability.

Navigation has been simplified thanks to the large left sidebar that leads you to key sections. The new site also features a more inbox-like conversation thread, where reading and responding is less confusing as compared to the previous version.

Even though it’s getting a number of small tweaks here and there, the major changes are in the organization and layout of the home screen.

As mentioned earlier, the upgrade makes it easier to move around the home page. Previously, to go to a specific section, users had to click on the profile icon, however, now all of that can be done using the navigation bar.

The “moments” option previously available in the navigation bar and the profile drop-down menu is now added to the ‘more’ section in the redesigned menu.

Apart from this, the bookmark feature has been added to the navigation bar as well and the compose feature comes with a few tweaks. There are options to include GIFs, Photos, polls, and emoji.

The overall interface is better organized, but the navigations bar takes a lot of space, however, you can retract it so it only shows the icons. 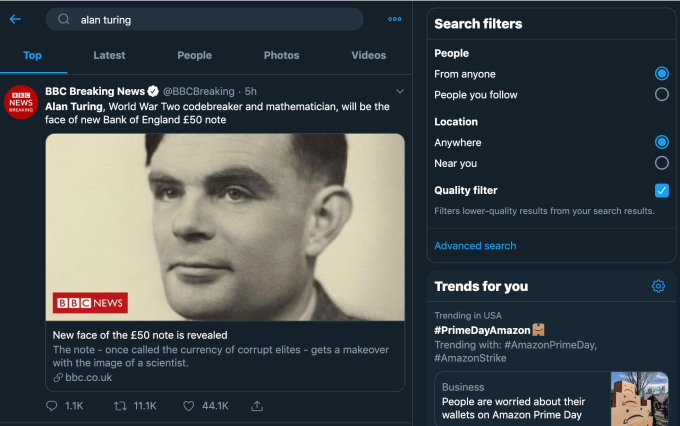 Other minor upgrades include the search panel which now features tabs called, “Top,” “Latest,” “People,” “Photos” and “Videos” at the top of the screen and some other advanced search filters.

Users with more than one twitter account can now easily switch between them from the navigation menu.