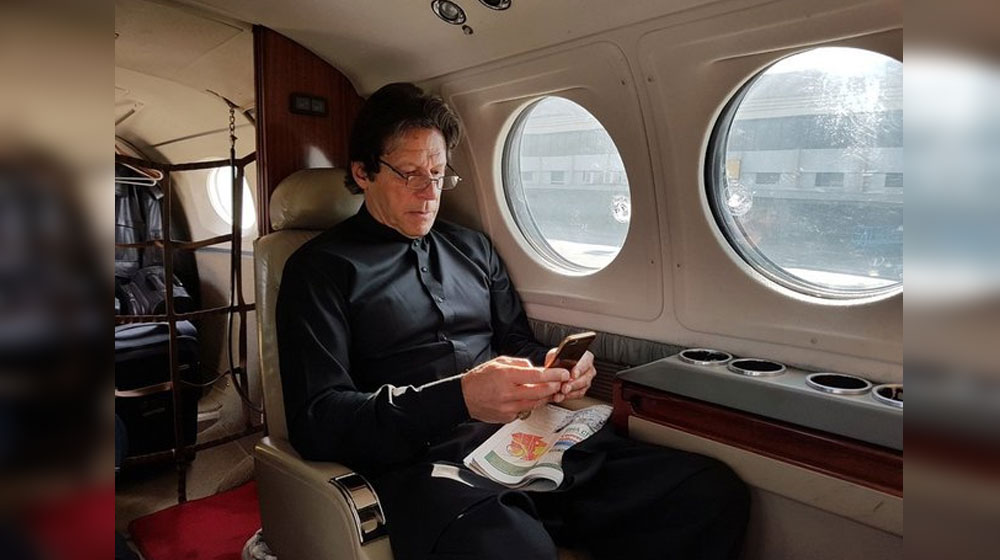 Prime Minister Imran Khan will use a private airline to travel to the United States for his two-day official visit. The Special Assistant to Prime Minister on Political Affairs, Naeem ul Haque, made the announcement on social media.

PM Imran Khan will fly to Washington by Qatar Airways.

Earlier on Wednesday, the Federal Aviation Minister said that PM Khan will use a chartered plane of Pakistan Airforce (PAF) for the US visit.

PM Khan is scheduled to embark on the visit on July 21 on the invitation of the US President Donald Trump.

During the official tour, PM Imran will meet with the US President at the White House to discuss a wide range of bilateral and regional matters.

Foreign Minister of Pakistan, Shah Mehmood Qureshi, while confirming the visit earlier this month, had said that the focus during the meeting of the two dignitaries would be to discuss important regional matters.

He had added that Pakistan had helped the United States kickstart talks with the Afghan Taliban just when the militant group launched their Spring Offensive.

The country now wants Pakistan to use its influence and persuade them to hold direct talks with the Afghan government.

Thanks to an effective diplomatic approach, Pakistan has successfully elbowed out India from the peace process in Afghanistan.

Over the weekend, a delegation from Pakistan rubbed shoulders with the officials from China, US and Russia to chalk out a peace agreement in the neighboring country. While India, which had been using the Afghan soil for a proxy war against Pakistan and has billions of dollars invested there, was kept at bay.