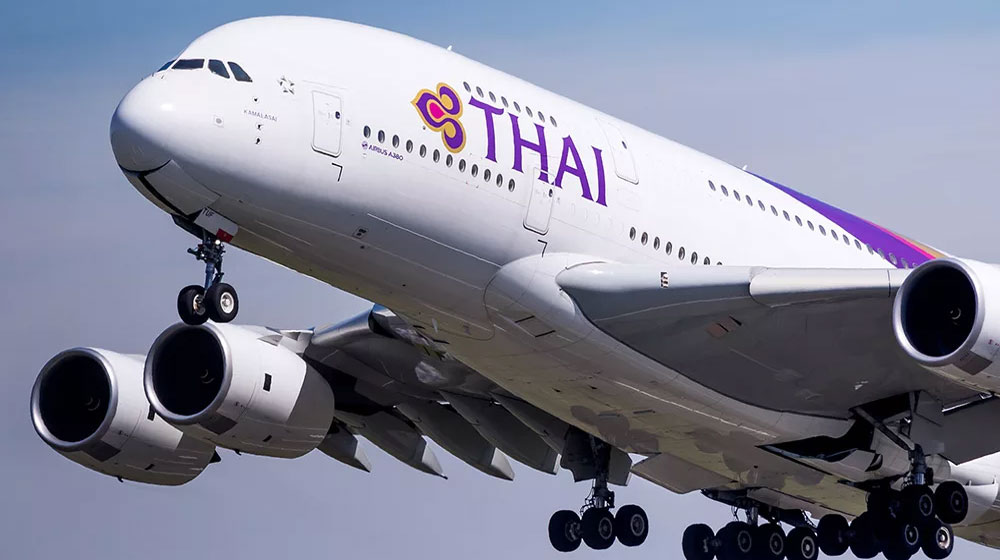 Thai Airways International has resumed its flights to Pakistan days after the country lifted a ban on its airspace.

Thai Airways will continue flying from Lahore and Islamabad to Bangkok and beyond three days a week. The official resumption was today when their first flight landed at Islamabad airport after a break of over five months.

Upon landing, the senior officials of Pakistan Civil Aviation Division and the Station Manager of Thai Airways welcomed the passengers and crew members at Islamabad International Airport.

Special Assistant to PM on Overseas Pakistanis Zulfiqar Hussain Bukhari was also present on occasion. He felicitated the airline’s management and appreciated their role in promoting tourism in the country.

Thai Airways has always played an important role to promote tourism, and its resumption of flight operation from Islamabad/Lahore to Bangkok will further bolster bilateral relations and particularly tourism.

The airline had temporarily closed its operation in February after Pakistan closed its airspace following a military standoff with India.