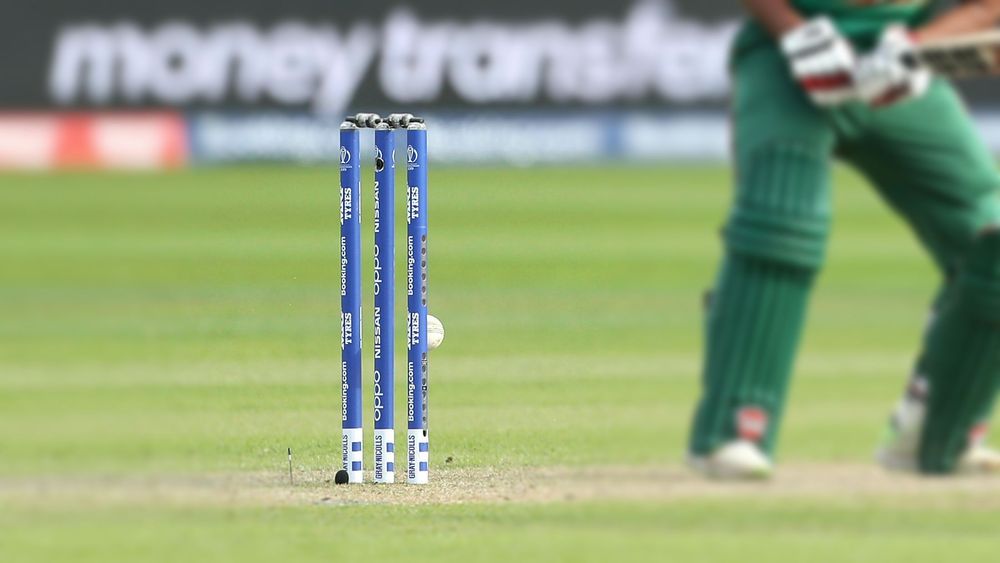 Cricket is a sport followed by millions of people across the globe. Despite well-defined rules and regulations, bizarre incidents keep popping up in the cricket field.

The fans are yet to recover from the shocking six [runs] awarded to England at the most crunch time of the World Cup final. There has been plenty of criticism and opinions from former as well as active players and fans regarding the decision that ultimately won England the badge of World Champions.

While it’s still fresh, we have witnessed yet another freakish decision. This time though, it didn’t have that much impact.

How many times have you seen the ball hitting the stumps without dislodging the bails? Many times, would be your answer.

How many times have you seen the ball hitting the stumps and dislodging the bails without being given out? Never.

In a video shared by ESPNCricinfo, the bowler disturbs the woodwork, the bail dislodges slightly and sits at the middle of the off stump. Watch how:

Is that out or not out? pic.twitter.com/y1dq568SQa

The fielding team jumps in celebration, but the umpire doesn’t move. He rules it not out considering the bail doesn’t fall from the stumps. Now that is next level weird.

According to the ICC rules, the bails have to be completely removed to rule a batsman out bowled.

29.1.1  The wicket is put down if a bail is completely removed from the top of the stumps, or a stump is struck out of the ground,

29.1.1.3 for the purpose of this law only, by the striker’s bat not in hand, or by any part of the bat which has become detached,

29.1.1.4 by the striker’s person or by any part of his/her clothing or equipment becoming detached from his/her person,

29.1.1.5 by a fielder with his/her hand or arm, providing that the ball is held in the hand or hands so used, or in the hand of the arm so used.

While the decision would have been not out keeping the rules in mind, it was truly a bizarre incident.

Have you ever seen a more odd dismissal (or not)? Let us know in the comments section.

Via ESPNCricinfo and Lord’s