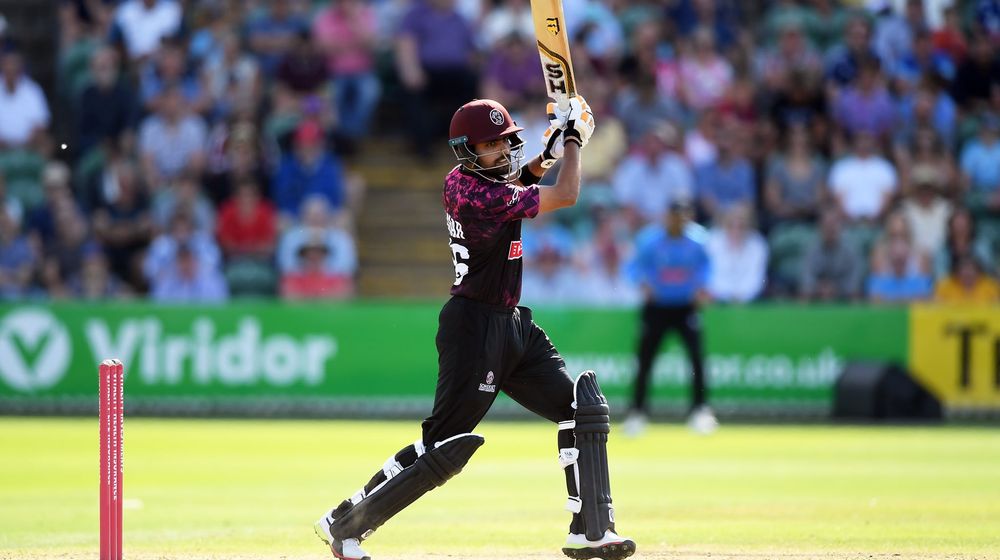 Babar Azam has impressed everyone during his short career for Pakistan. His brilliant batting form in recent times earned him a call-up from Somerset for the T20 Blast.

The 24-year-old has only played four matches for Somerset and has already been their star performer with the bat. Here are his scores in the tournament:

Here are the highlights of his batting performances:

Some great shots by Babar Azam today for Somerset. Delight to watch. He finishes the innings with 95 not out off 61 balls. #VitalityBlast pic.twitter.com/BWJPRT2JiL

The flamboyant top-order batsman is currently leading the charts when it comes to run-scorers with 220 runs from 4 innings at a staggering average of 73.33. His short stint with Somerset has already prompted the county club to sign him up for the County Championship match against Warwickshire starting on August 18th.

NEWS: We can today announce that Babar Azam will be in the squad as our overseas player for the upcoming @CountyChamp match against Warwickshire#WeAreSomerset

It remains to be seen whether they will sign him for later matches or not, however, his performances with the bat are making everyone fall in love with his class.

Due to the regulations and limitation of having only two overseas players, Somerset haven’t been able to retain Azhar Ali, told Somerset Coach, Jason Kerr.

He’s fitted in really well and we’re all looking forward to seeing him play. You can only have two overseas players on the books at one time and, due to the regulations, there simply isn’t the necessary time frame to re-register Azhar Ali.