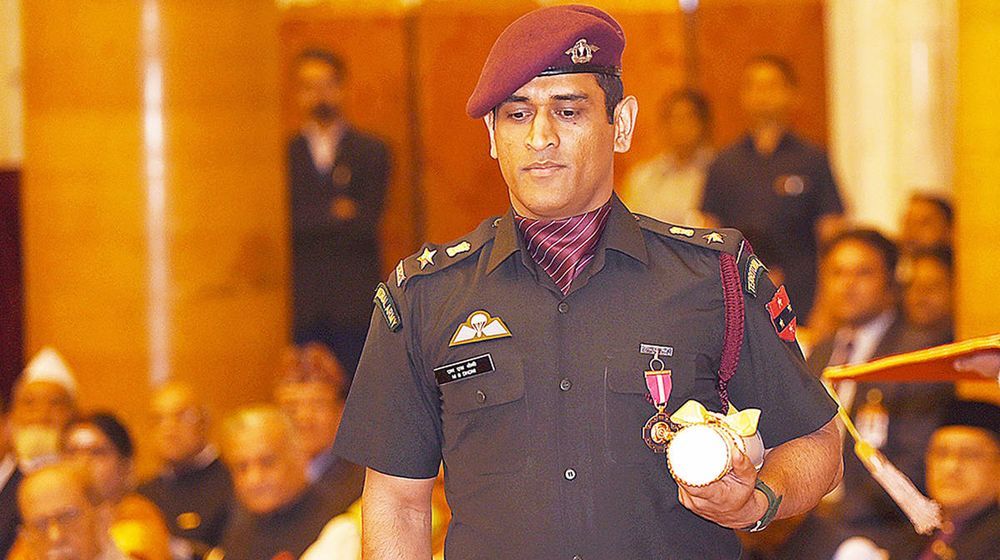 Indian cricket legend, Mahendra Singh Dhoni has a huge fan following across the world. His reputation received quite a blow when a number of cricketers and fans accused him of deliberately losing a crunch match against England at the World Cup.

The defeat for India ultimately knocked Pakistan out of the tournament.

Following India’s exit from World Cup after losing the semi-final to New Zealand, there has been plenty of debate surrounding the former captain’s retirement.

India is set to tour the West Indies in August. However, MS has decided not to partake in the series – rather, he has joined one of the army’s battalions in Indian Occupied Kashmir for training.

The decision has taken everyone by surprise, however, his love for the army has always been a talking point. He was asked by the ICC to remove an army insignia from his gloves during the Word Cup as well. He is an honorary Lieutenant Colonel in the Indian Army for those who don’t know.

Journalist: Any Message to Pakistan

Dhoni: I dont want to name any country, I am here for my Country and our jawans and the officers so i try to restrict my statment to them

While talking to the media in army uniform, MS was asked whether he had any message for Pakistan, to which he said he’s there for his country and the army men and doesn’t want to name any country.

I don’t want to name any country. I am here for my country and our jawans and the officers so I try to restrict my statement to them.

Dhoni has always been a gentleman, both on and off the field, and the statement shows that he understands the value of his words. One word from him against Pakistan could have made it the topic of the day, however, he chose not to and kudos to him for that.