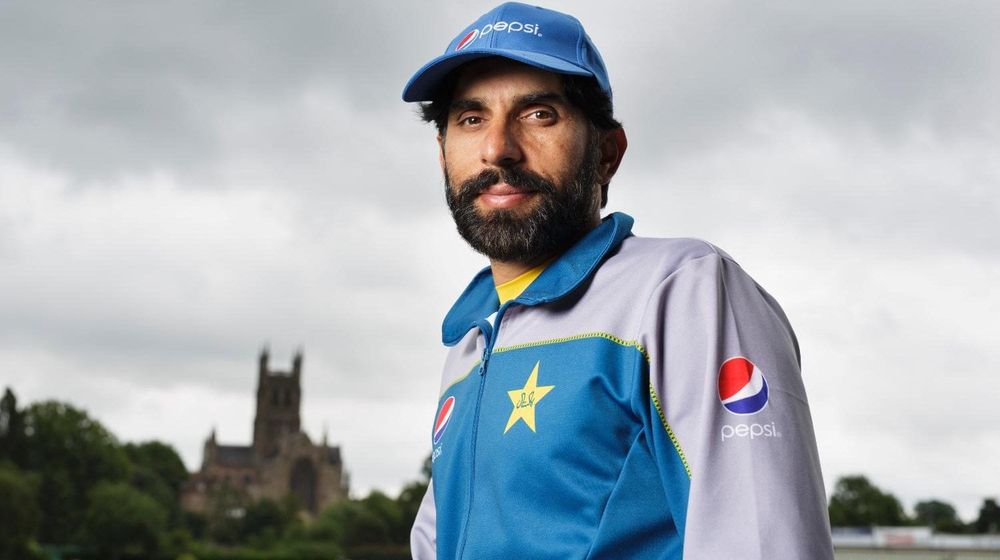 Former Pakistan Captain, Misbah-ul-Haq has been named camp commandant for a pre-season training camp in the absence of coaching staff.

The 45-year-old will supervise the camp that will feature 20 players. Babar Azam, Fakhar Zaman, Imad Wasim, Mohammad Abbas, and Mohammad Amir will not be a part of the camp as they are busy in County cricket. They, barring Amir, will, however, return in time to Pakistan to participate in the ‘highly competitive’ Quaid-e-Azam trophy which starts on 12th September.

In addition, Asif Ali, Bilal Asif, Iftikhar Ahmed, Mir Hamza, Rahat Ali and Zafar Gohar, who are not a part of the recently announced central contracts, have also been invited to participate in the high-profile camp.

PCB’s Director of International Cricket, Zakir Khan commented on Misbah-ul-Haq’s appointment and the significance of the conditioning camp, saying:

Misbah ul Haq, who has been Pakistan’s most successful captain, understands the arduous demands of the format in this day and age. With the advent of the World Test Championship, the PCB wants Pakistan to turn up with their best red ball game when they face Sri Lanka in the two-match Test series at home.

Misbah-ul-Haq’s appointment gives weight to the rumors that he is being considered for the role of Head Coach by the PCB. Reports suggest that the cricket board is also analyzing the option of offering dual roles of Head Coach and Chief Selector to one person, in line with the model being used in New Zealand.

Earlier, Wasim Khan had also hinted at using provincial level coaches as members of the selection committee. It remains to be seen which model will be used however, Misbah-ul-Haq, who is Pakistan’s most successful Test captain, has once again emerged as a top contender for a key post.