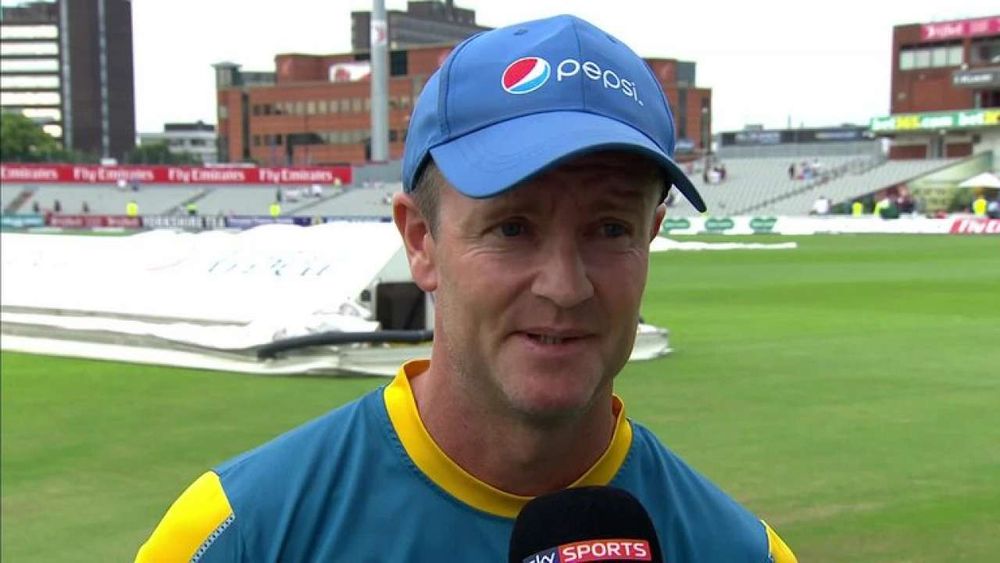 Former Pakistan batting coach, Grant Flower, has hit out at former cricketers for meddling in his affairs.

Answering a question during an interview, the former Zimbabwe batsman said that he will not miss the backstabbing ex-players.

The other things he didn’t like when working as a coach in Pakistan include the politics in the PCB, the politics that happens within the TV channels, and the journalists.

The statement says a lot about our media which only focuses on the negatives. The same journalists are now after PCB MD, Wasim Khan, despite the fact that he is trying his best to change things around in the board and beyond.

Flower termed Champions Trophy triumph as his proudest moment as a batting coach.

Talking about Babar Azam, he said that he’s ‘probably the best bloke’ he’s ever coached.

Giving a message to Pakistani fans, he said:

I just want to wish them [fans] all the best for the future and being supportive and passionate, which they already are. And have faith. Have faith in the players and stick behind them. Look for the positives as opposed to the negatives.

During his 5 years as a batting coach, he loved the ‘natural flair and their love of the game’ and the passion with which the players played the game.