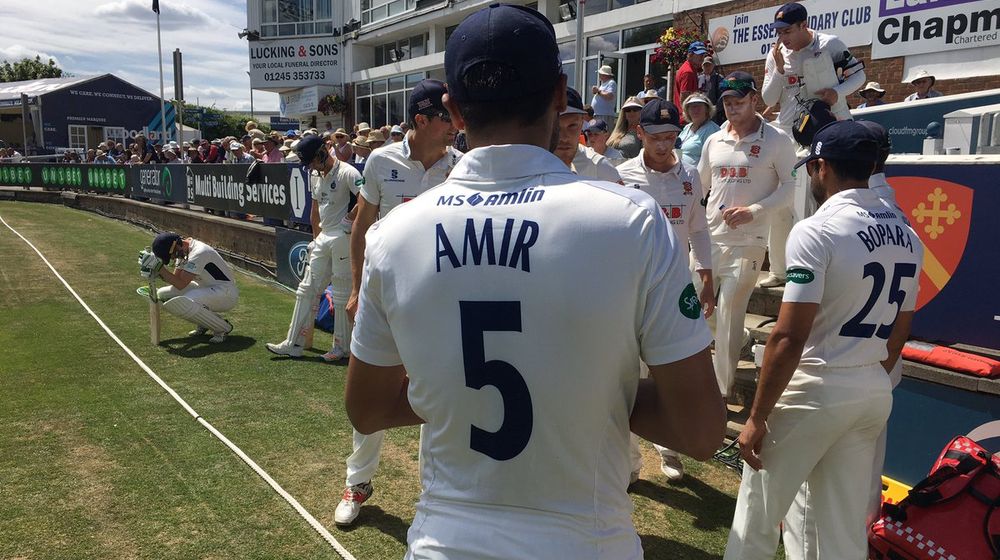 Pakistan left-arm pacer, Mohammad Amir, showed glimpses of the golden past on Sunday while playing for his county side Essex against Kent.

The fast bowler, who recently announced retirement from Test cricket, picked up three wickets with in-swinging deliveries. He got going early, picking a wicket off his second ball on his return to County Championship. In his last spell of the day, he removed two more players to ensure that his team was on top at Stumps on Day 1.

His banana in-swing to clean-bowl three of Kent’s batsmen reminded us of his early days. Let’s relive some of his best bowling spells from his teenage days.

He got the wickets of Zak Crawley, Daniel Bell-Drummond, and Ollie Robinson. The 27-year-old produced a peach of a delivery to send Robinson back to the pavilion. The ball, bowled from around the wicket, came back from outside off stump to knock the wicket out of the ground.

He ended the day with figures of 3 for 30 in 17 overs with 4 maidens. Watching him bowl such breathtaking deliveries made everyone wonder why he decided to quit the longest format of the game for his country.

Do you think he should take back his retirement decision? Let us know in the comments section.