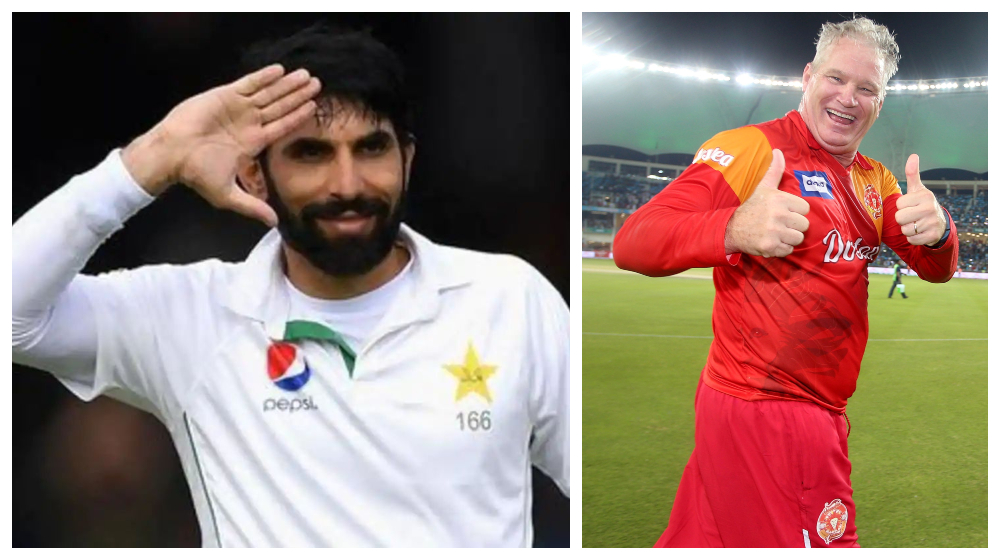 After securing Pakistan’s coaching job, former captain, Misbah-ul-Haq is also likely to rope in the role of Islamabad United’s head coach for the next edition of Pakistan Super League (PSL).

According to the reports, Misbah has been allowed to work in the PSL by the PCB. Earlier, during Mickey Arthur’s tenure, there were plenty of debates on dual roles and conflict of interest, however, the cricketing body has once again allowed national team’s coach to work in the premier T20 league.

Dean Jones has congratulated both Misbah-ul-Haq and Waqar Younis on their new roles, saying that they will do well for Pakistan.

I want to wish my 2 good mates in @captainmisbahpk and @waqyounis99 all the best in their new posts. We have won Championships together and they will do well for Pakistan. Good luck men. #anotherchallenge

Surprisingly, Misbah is expected to fill in the shoes of Dean Jones as the head coach of Islamabad United. The former Australian was also his competitor for the head coach position of Pakistan cricket team.

Dean Jones has been removed as Head Coach of Islamabad United, with some suggestions that Misbah-ul-Haq is being lined-up to take over the role from Jones #Cricket #PSL5

On his new role, the 45-year-old says that he is “absolutely ready and up for the task” which he believes “is one of the toughest and most coveted roles in Pakistan cricket”.

What are your thoughts on Misbah’s new role? Let us know in the comments section.