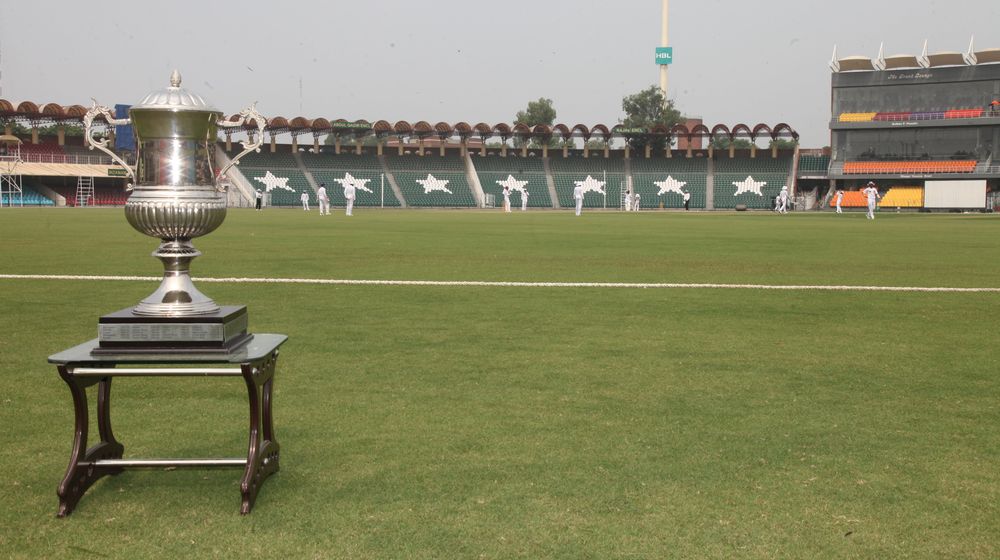 The premier domestic tournament, Quaid-e-Azam Trophy got underway on 14th September with both first XIs and second XIs playing simultaneously according to the newly implemented structure.

The Pakistan Cricket Board (PCB) has taken a number of steps to rebrand the domestic structure. From new logos of the Trophy and six cricket associations to better pay structure for players, the board is doing a good job to ensure a better quality of cricket.

For the first time in history, the PCB is live streaming the matches right from the first round of the event. Earlier, only the finals were telecasted live on TV.

The board issued a list of the matches that will be streamed live on PCB’s YouTube channel. Below is the breakdown of the number of matches which the fans will be able to watch on YouTube. 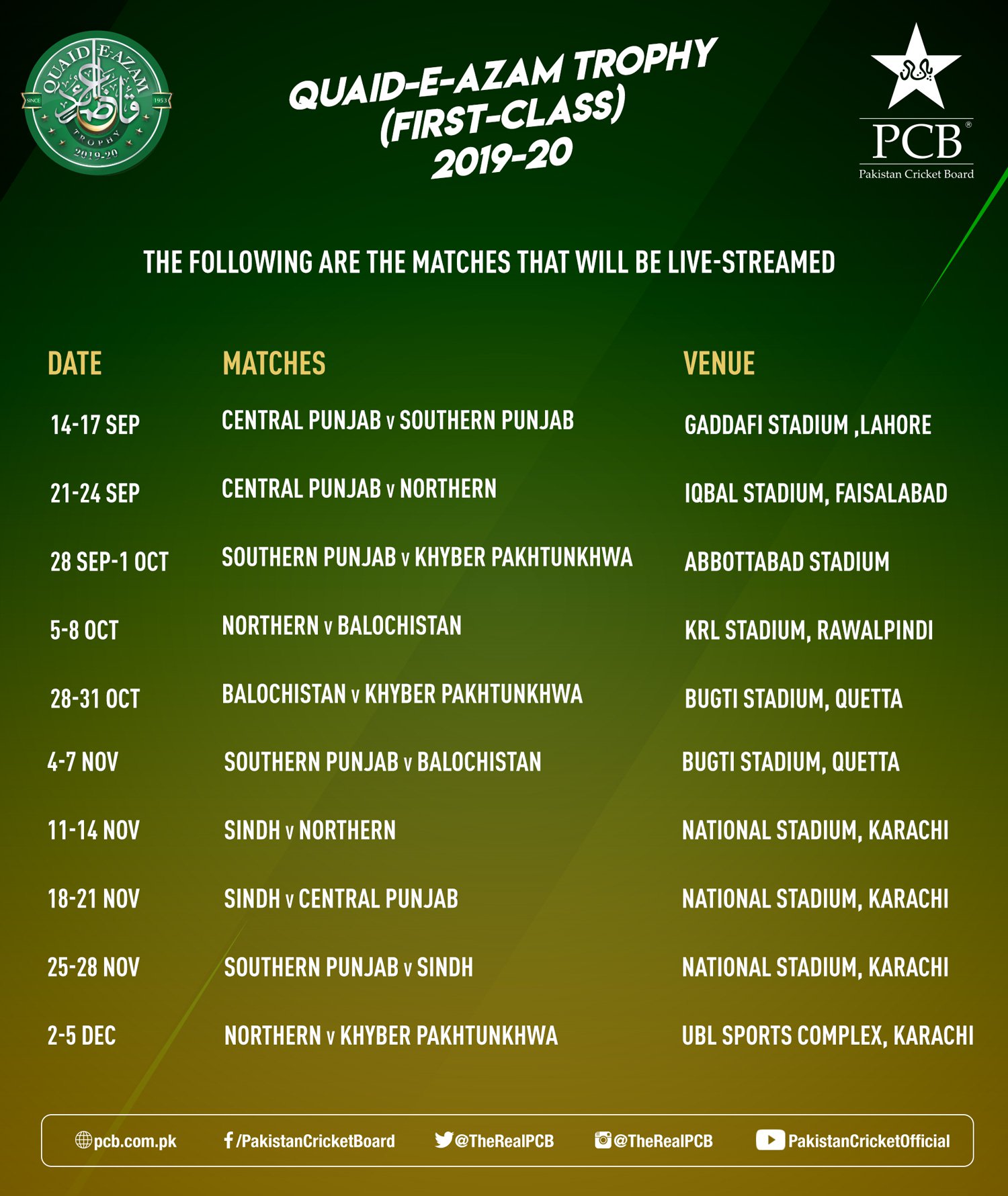 You can follow today’s proceedings between Southern Punjab and Central Punjab here:

Four matches of Northern and Southern Punjab whereas three each of the remaining teams will be broadcasted live.