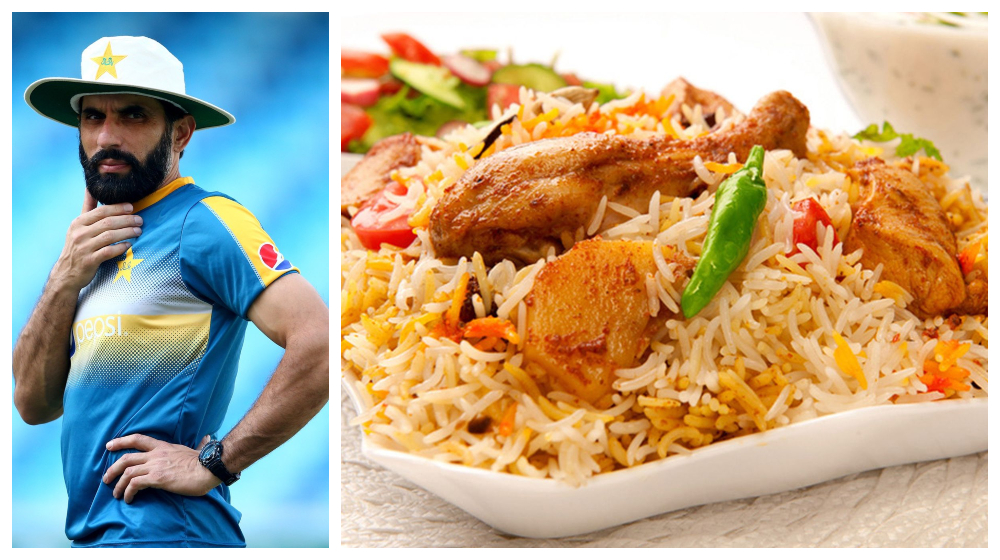 The newly appointed head coach of Pakistan cricket team, Misbah-ul-Haq, has made his intentions clear when it comes to the fitness standards, not just for the national cricketers, but for players in the domestic circuit as well.

The former captain has advised the Pakistan Cricket Board (PCB) to take good care of domestic cricketers. The strict instructions from Misbah has helped bring changed as more fruits and less oily foods are being served to the cricketers at their hotels and during the matches.

According to a sports journalist, pasta, boiled rice, beans, barbecue roast and lots of fruits are now served instead of the unhealthy food in a bid to improve fitness standards of the cricketers.

Earlier, former captain, Wasim Akram took a dig at the PCB before the World Cup for feeding national cricketers biryani, adding that “you cannot compete against champions by feeding them biryani”.

It remains to be seen how long the PCB can restrict players from eating their favorite foods, however, it is a step in the right direction.

What are your thoughts on the matter? Let us know in the comment section.