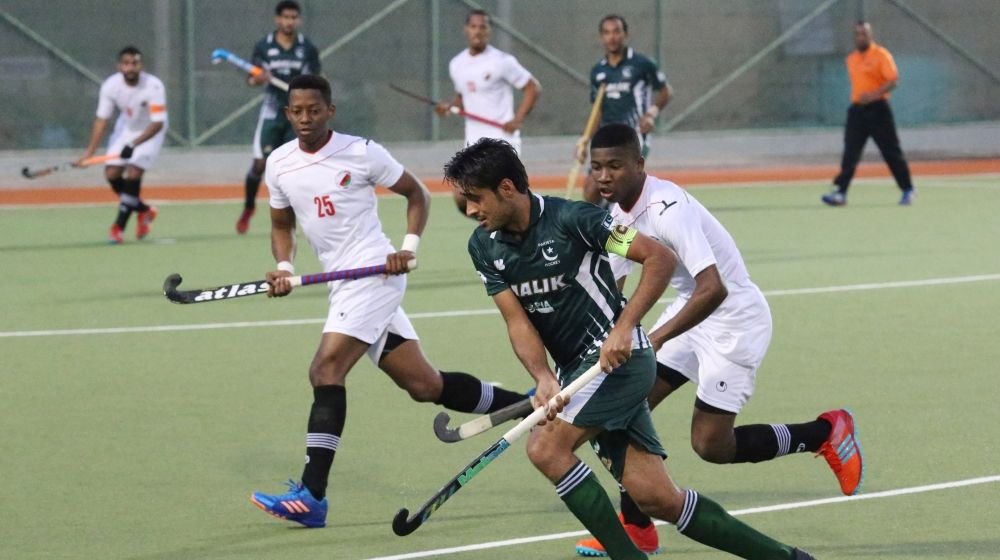 Pakistan Hockey Federation (PHF) is all set to host Oman national hockey team at the end of this month. Pakistan team will play 4 matches against Oman at the National Hockey Stadium, Lahore.

The tour has been arranged as Oman look to prepare for the 2020 Tokyo Olympic qualifiers. According to PHF Secretary, Asif Bajwa, Oman’s team will arrive in Pakistan on 29th or 30th September. PHF has already finalized the details with Oman’s head coach and former Pakistan captain Tahir Zaman.

I am in touch with Oman’s head coach and former Pakistan captain Tahir Zaman to confirm the dates for the team s tour to Pakistan. The Oman team would tour Pakistan on September 29 or 30.

Oman will play against a team consisting of players from the probables who are currently attending a training camp at National Hockey Stadium, Lahore. Pakistan is ranked at 17th while Oman is placed at 27th spot in the FIH world rankings.

Pakistan will face the 3rd-ranked Netherlands in Tokyo Olympic qualifier. The green shirts will have to overcome the Netherlands in the 2-match tie to qualify for the prestigious event.

What are your thoughts on the tour? Let us know in the comments section.