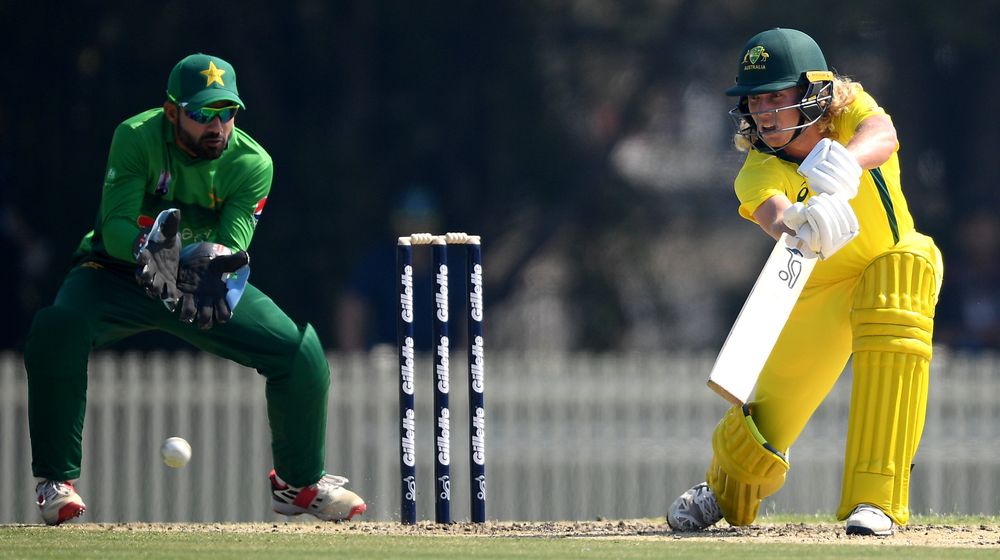 Pakistan cricket team has started off the Australia tour impressively, defeating the Cricket Australia XI with ease. The Green Shirts won the match by 6 wickets with 13 balls to spare.

The practice match was played earlier today at Bankstown Oval, Sydney with 12 players per side. Pakistan left out teenage pacers Mohammad Musa and Mohammad Hasnain as well as Usman Qadir and Imam-ul-Haq.

Batting first, Cricket Australia XI led by Chris Lynn could only put on 134/6 in their 20 overs. All the bowlers were brilliant as Shadab starred with 3 wickets for 30 runs while Mohammad Irfan, Wahab Riaz, and Imad Wasim chipped in with one wicket each.

Nathan McSweeney was the top scorer with 30 runs from 26 balls before he holed out to Iftikhar Ahmed off Shadab’s bowling.

Pakistan openers were impressive in the run chase, putting on 78 runs as the opening stand. Fakhar Zaman scored 43 from 39 while Babar Azam walked back after scoring 34 from 29 balls.

Haris Sohail also looked for his 22-ball 32 including 3 sixes.