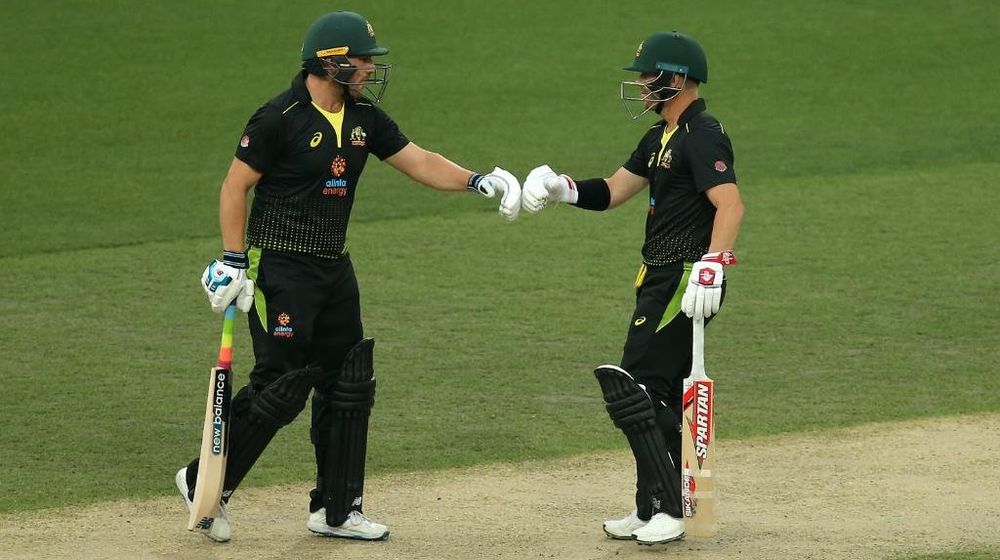 Pakistan’s poor form continued in Perth today as the hosts gave the Green Shirts a thrashing, winning the T20I series 2-0.

Batting first, Pakistan could only post 106/8 in their 20 overs with Iftikhar Ahmed scoring 45. The innings included 61 dots, which accounts for more than 50% of the total balls faced by the team.

The only six for Pakistan came from the bat of Iftikhar Ahmed off a top edge which flew over the fine leg. Australian pacers Mitchell Starc, Sean Abbot and Kane Richardson took 7 wickets between them.

Chasing the target of 107 for the likes for Australian top order was always going to be a piece of cake and David Warner and Aaron Finch made sure that their team cantered to victory with ease.

Finch ended up with 52* off 36 balls while Warner scored 48* from 35 balls to thump Pakistan. Australian fast bowler, Sean Abbot won the man of the match whereas Steven Smith got the man of the series award.

The first Test match between Pakistan and Australia will be played from 21-25 November in Brisbane.