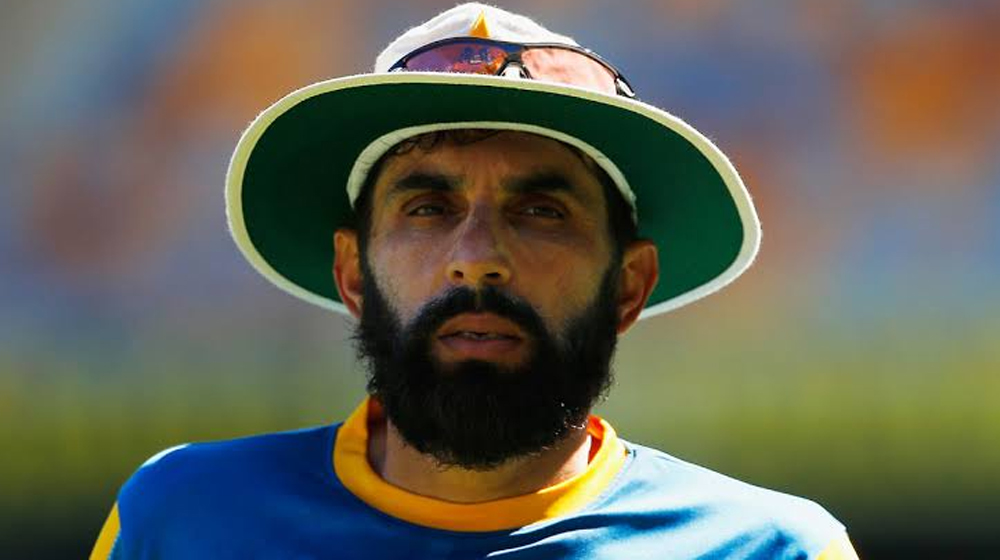 Misbah-ul-Haq, the head coach and chief selector of Pakistan cricket team, has dismissed the talks of a one-year ultimatum granted to him for turning around the performances of the national team.

While addressing a press conference at National Stadium Karachi, Misbah said there is no pressure on him regarding his job. “As a coach of the national team, I would dedicate all my time to the development of players”, the 45-year-old said.

Misbah, in response to a question asked about one-year ultimatum by the Chairman of the Pakistan Cricket Board (PCB), Ehsan Mani, said:

“There is no pressure. There is no bigger pressure on an individual than life being a temporary thing. Whoever assumes a post, they try their best. I want to apply the entire time I have on the betterment and development of the players.”

‘No Hesitation in Removing Misbah from the Role’, Ehsan Mani Gives Ultimatum

Talking about Pakistan’s performance in the first Test match against Sri Lanka at Rawalpindi, Misbah said that the team is focused on winning the next match.

“It’s an important series and we’re thinking of winning the match, as we were thinking in the first match. The performance was satisfactory, in fact, excellent.”

Misbah-ul-Haq also seemed delighted with the performances of youngsters Naseem Shah and Shaheen Shah. He also lauded the batting of Abid Ali and Babar Azam.

When asked about Fawad Alam’s chances of playing the Karachi Test, the head coach replied:

“When you bring any player in the squad, you do it to strengthen the squad. Whenever we feel that we need Fawad, we will play him. It’s not necessary that it will be in this Test match but we will look at how we can make our best combination.”